The second entry in our guide from Badgate Park is the Sliding Stone Crag. The crag gets a passing mention in the 1993 Leicestershire Climbs guidebook so we decided to check it out while we were in the park. The guidebook suggested that there was only a single arête problem there. Upon closer inspection we found there was a little more to do (but not much). The crag is Precambrian, over 600 million years old and is breccia (a mix) of laminated mudstone and coarse-grained volcaniclastic sandstone. If you look carefully you might find a few fossils. The crag is situated just down the hill from Old John, a tower built in 1784. The archway next to the tower, which was added in 19th century, was allegedly erected in memory of a beer-loving miller who was tragically killed after being hit by a pole during a bonfire. Perhaps there is some truth in this, as the tower does sort of look like a beer mug. 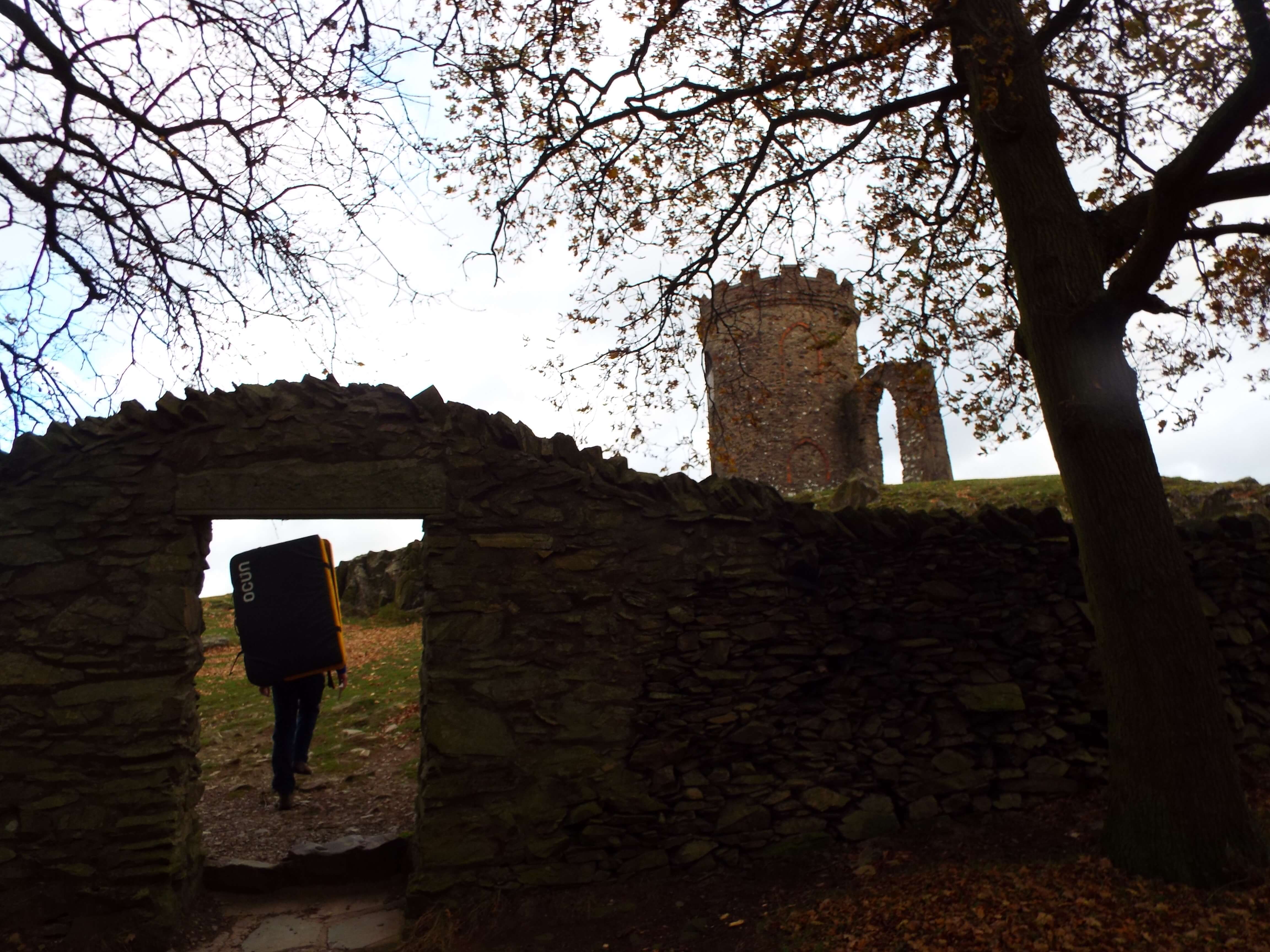 The arete which most of the problems centred around is just left of an enormous gnarled tree which has grown right out of the crag. The arête can be climbed on its left at f4+ (V0) or on its right at f5 (V1). I added a couple of problems to the crag which I haven't seen described elsewhere. They were a bit obvious so if they have been climbed before please let me know what they're called! DM Slider is the wall to the left of the arête can be climbed (by the tall) at f5 from a sitting start. Let is Slide f6A (V3) is round to the right of the crag and is a sit-start on edges next to a small corner. The foot-spike and side walls are not in at the grade. Videos of these problems are below.

In summary, the Sliding Stone is worth popping over to if you're making a day of bouldering and sight-seeing at Bradgate Park. Please see our entry on Wishing-Stone Crag for more information on Bradgate Park. 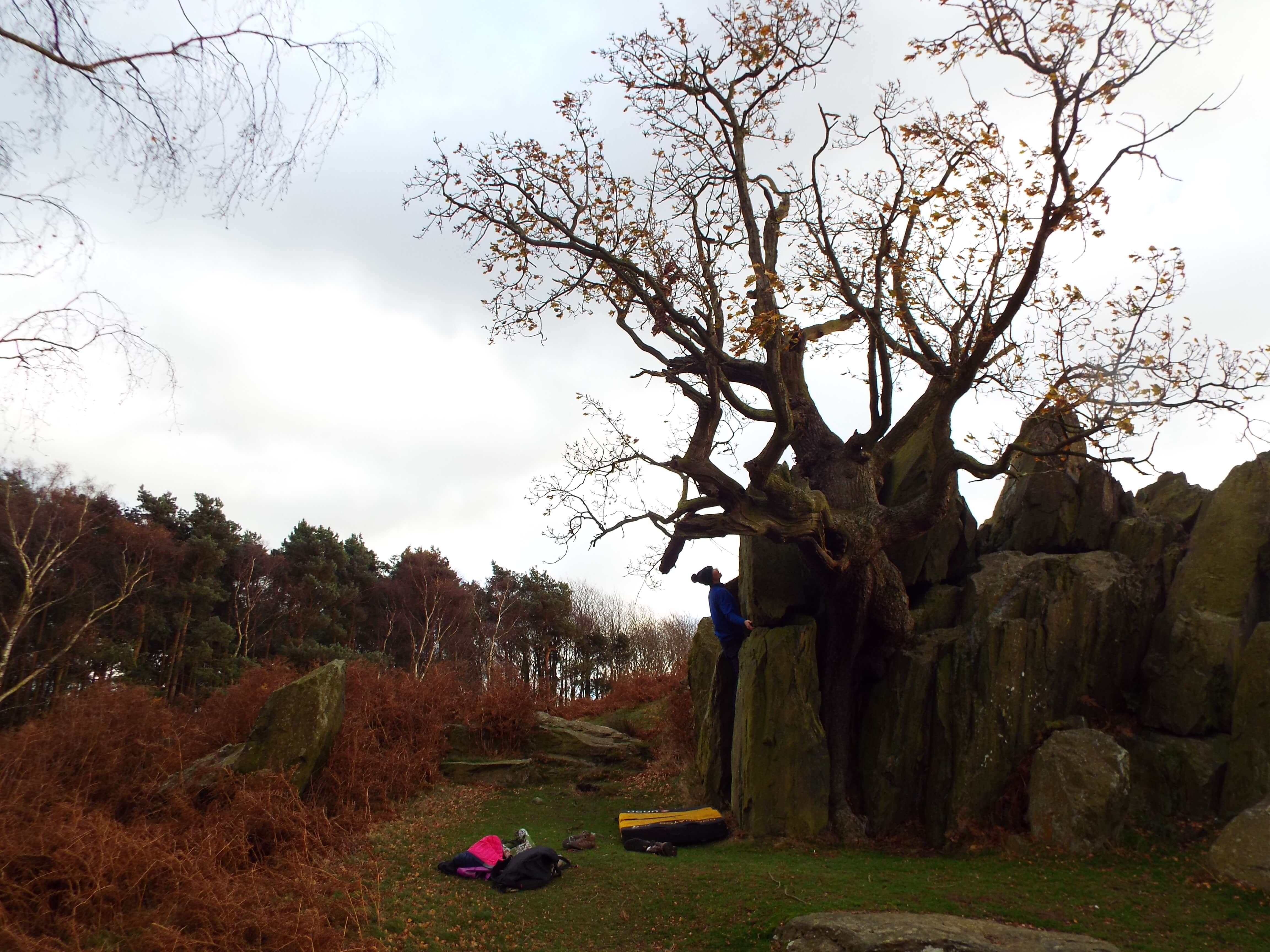 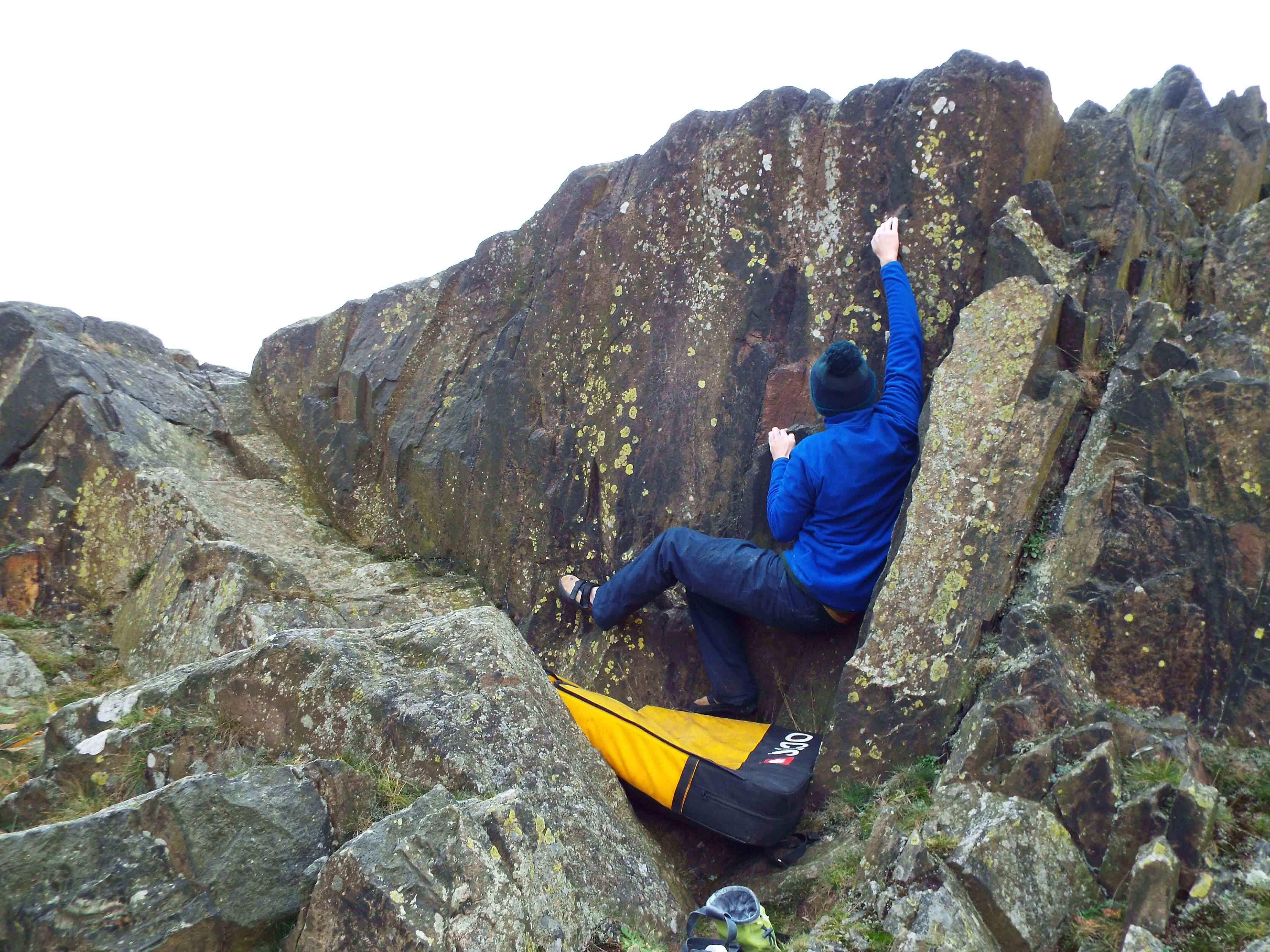 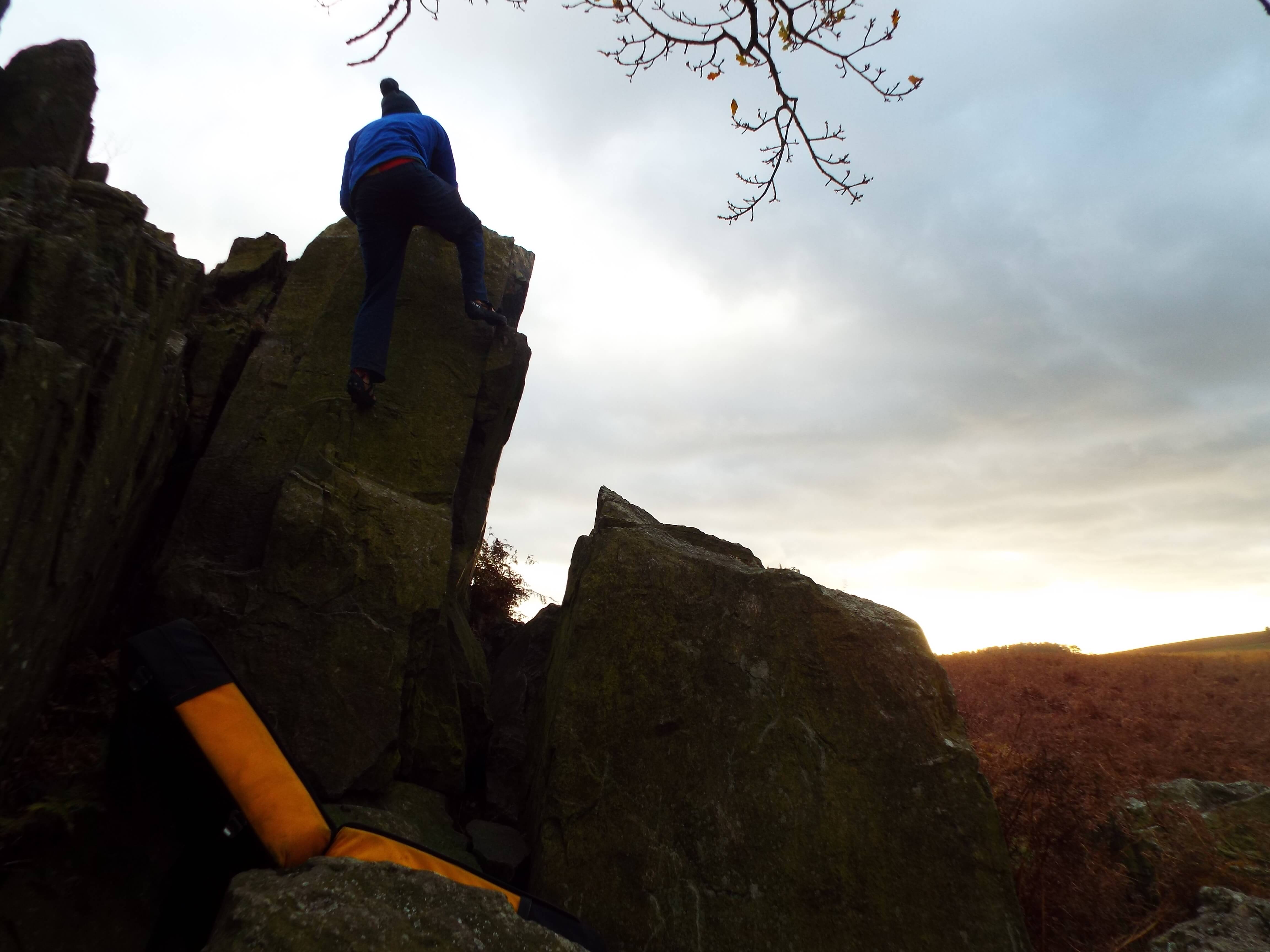 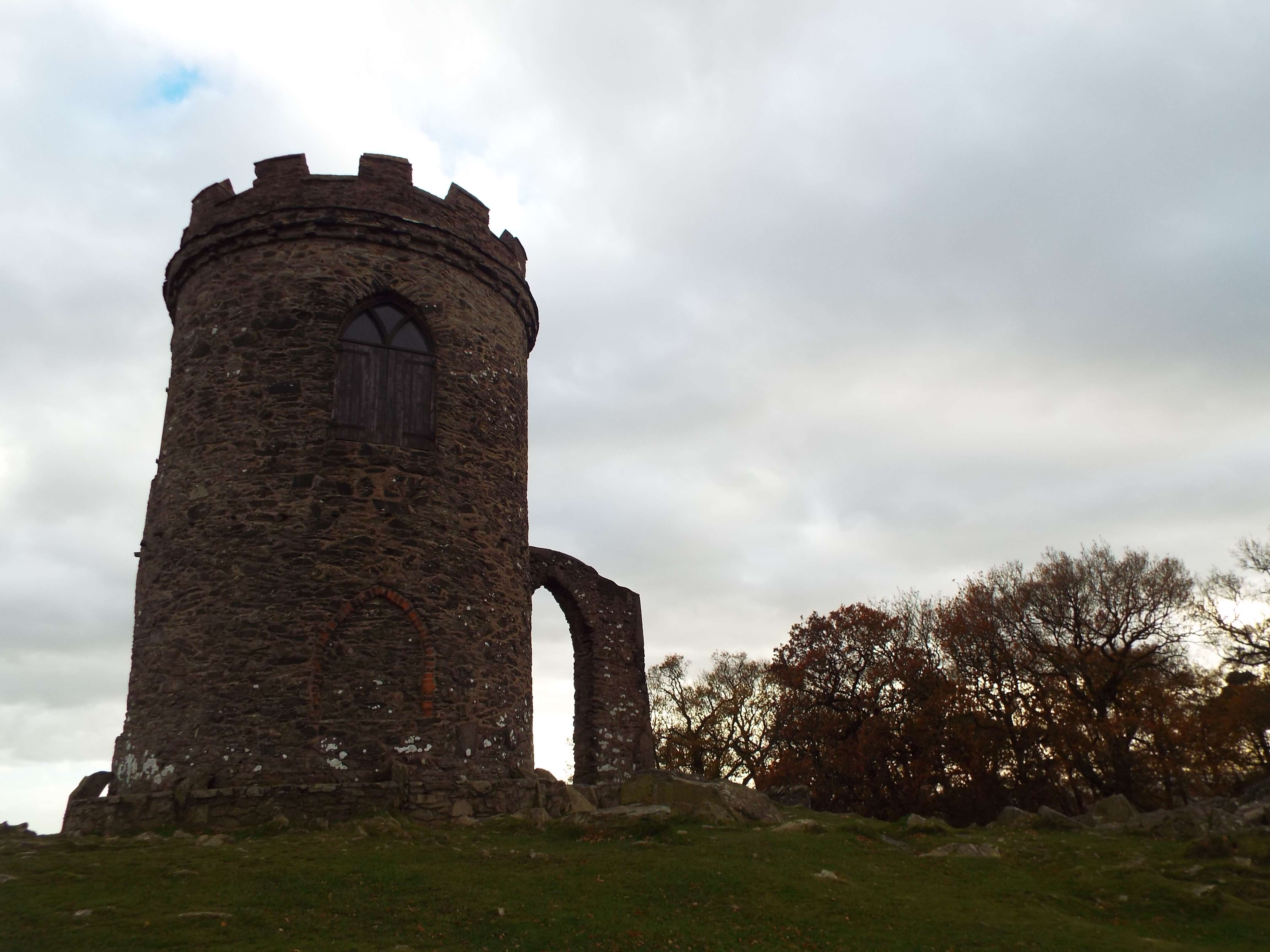 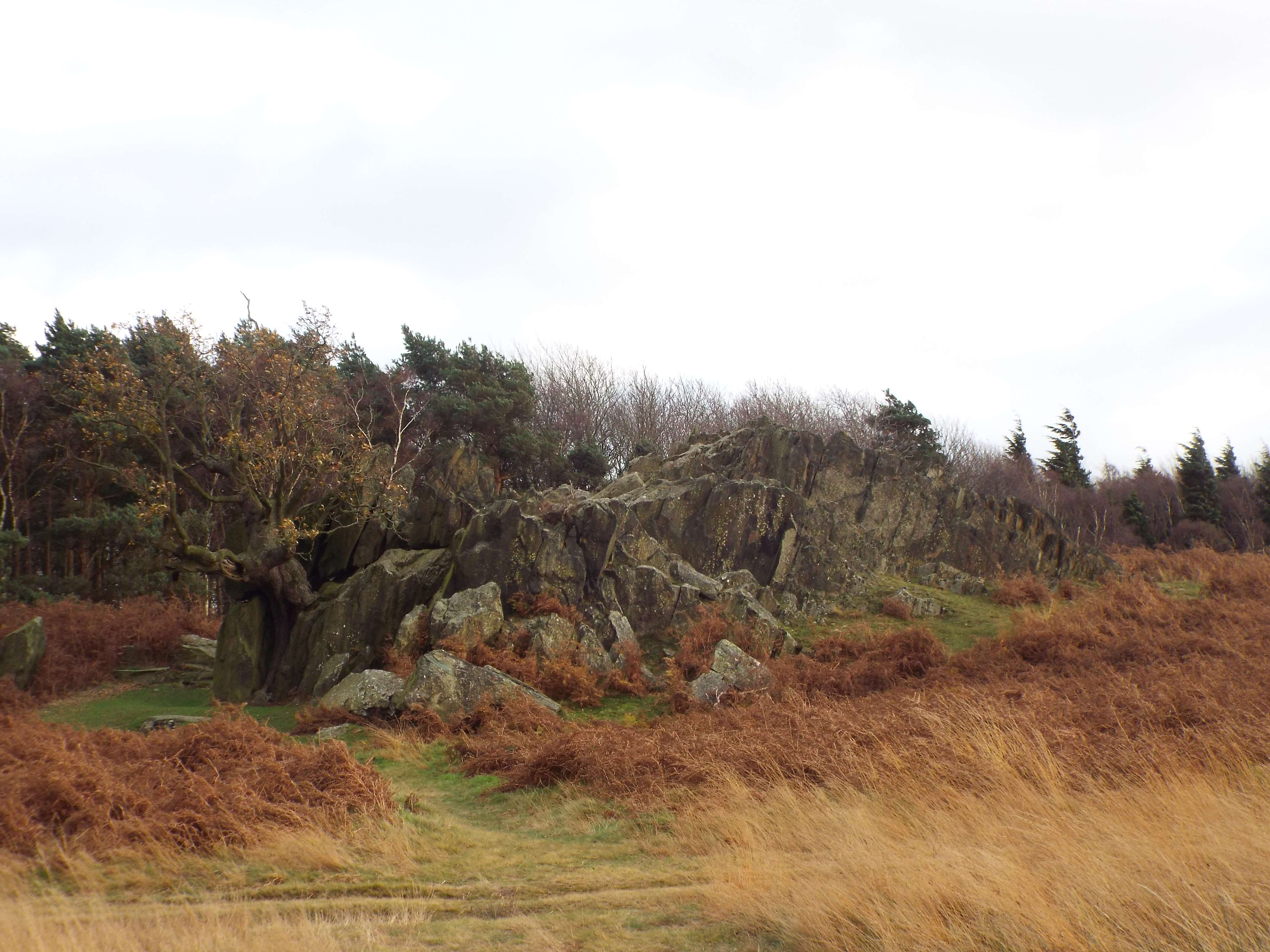 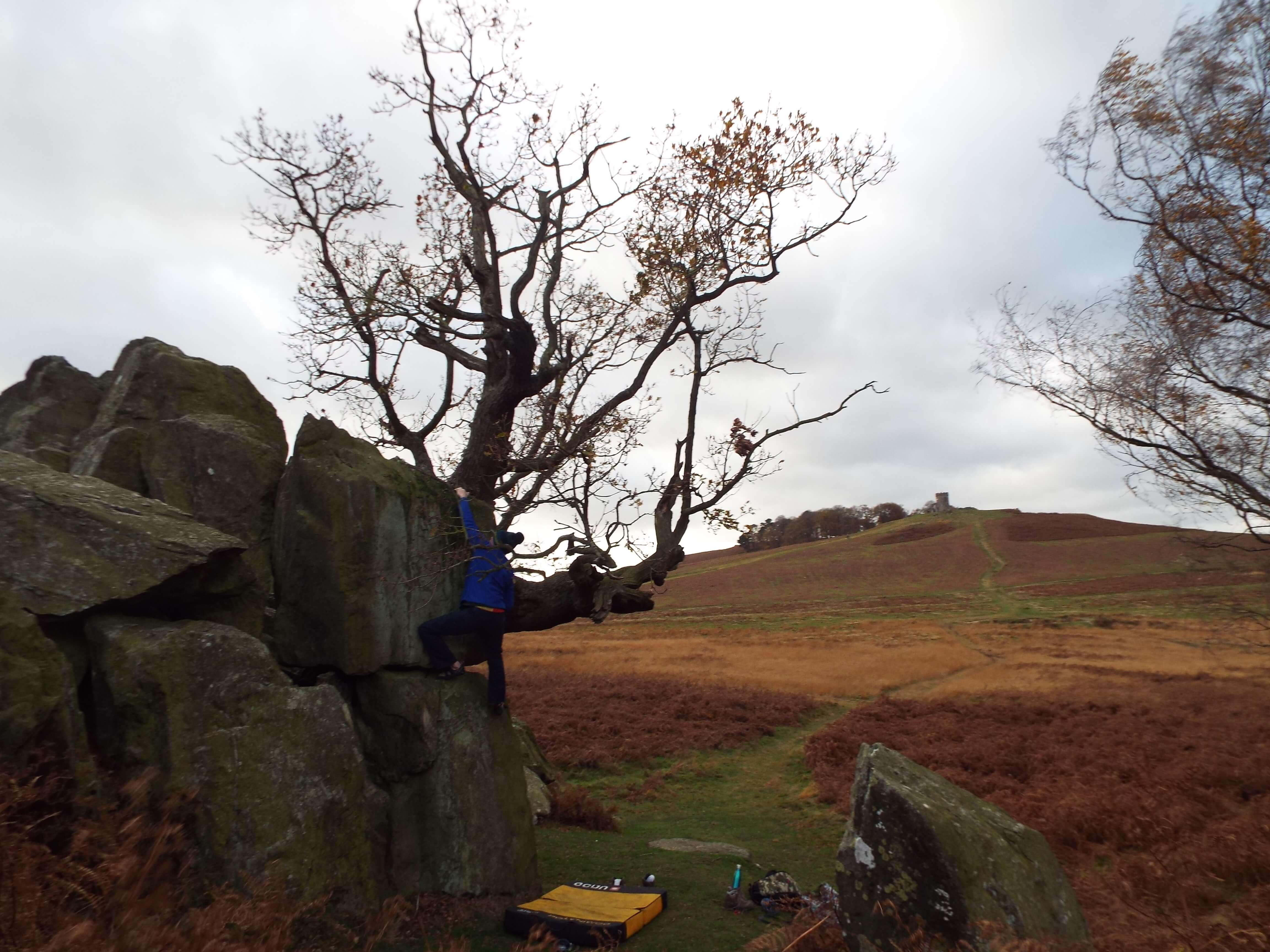 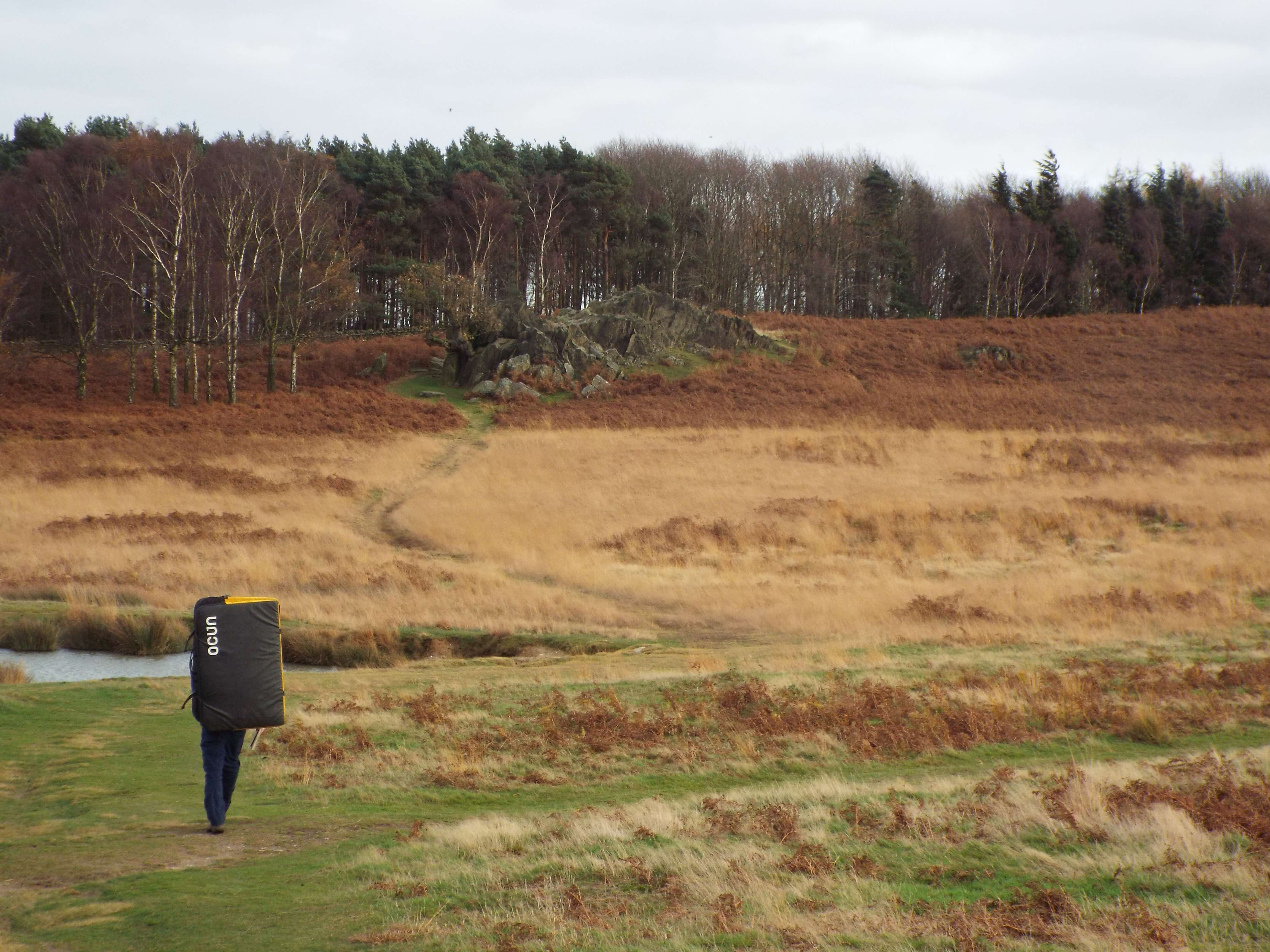 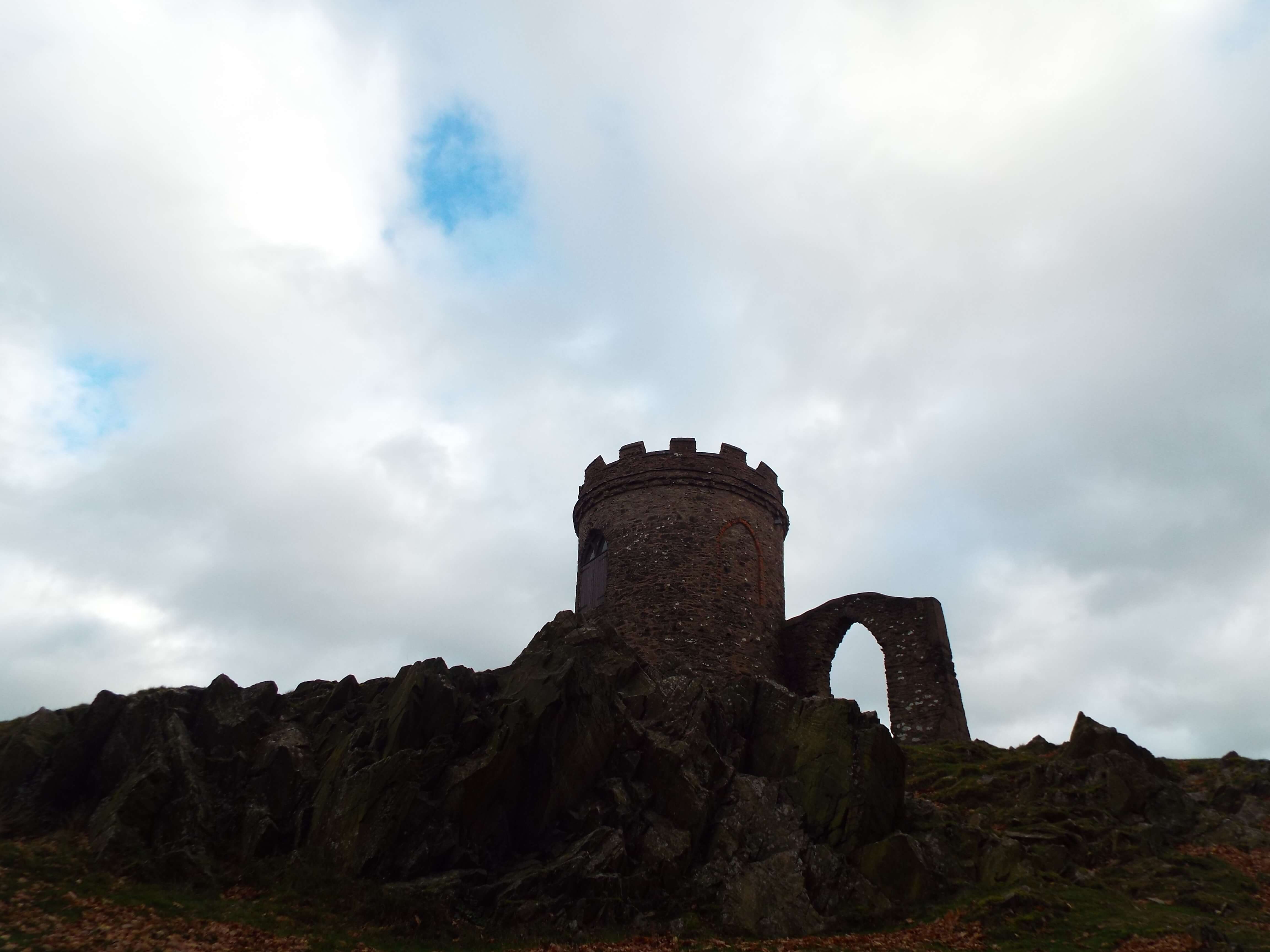 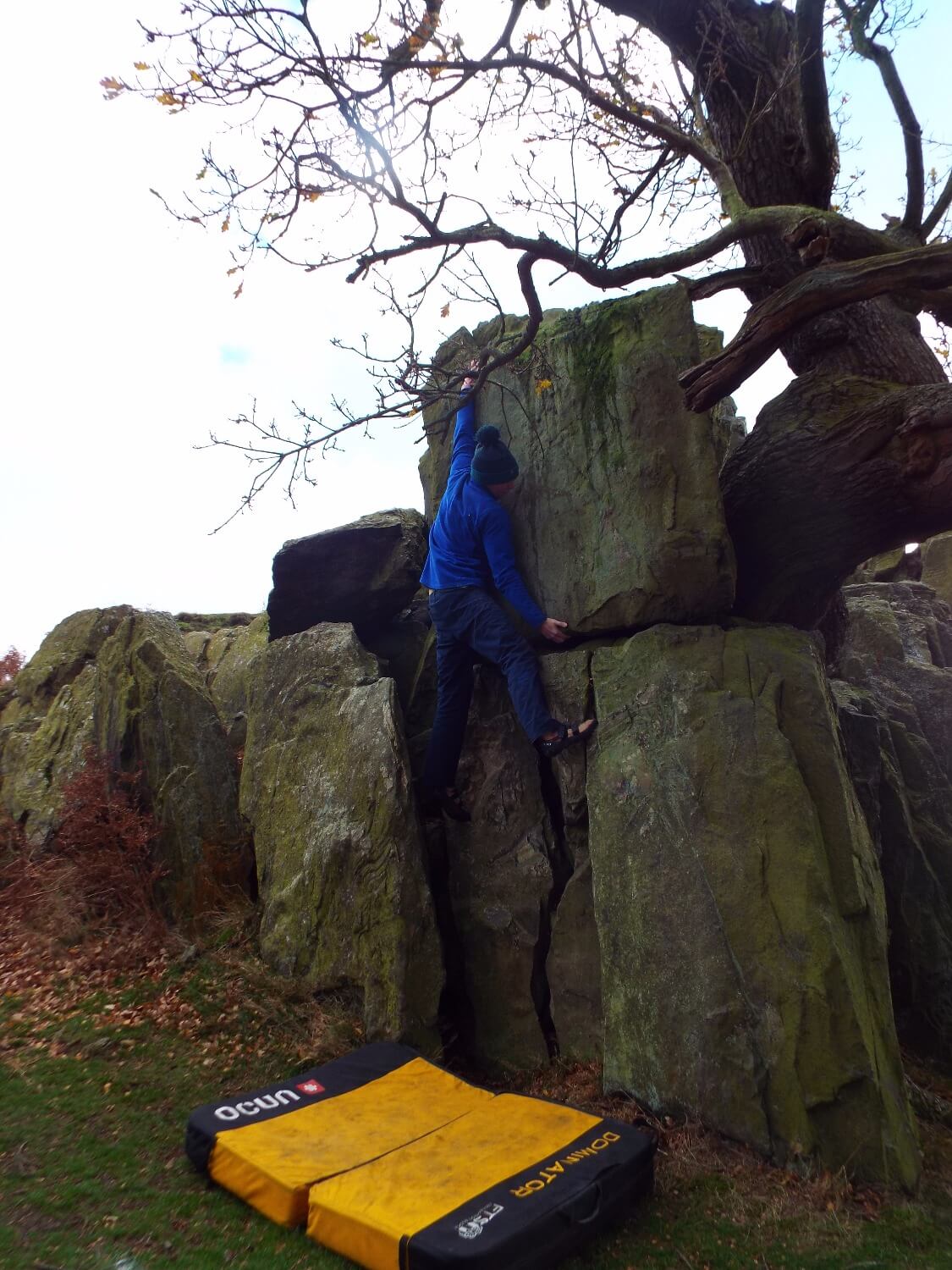