Another crag only 45 minutes drive from campus! Markfield Quarry is situated just off the M1 outside the town of Markfield. The rock-type is granite and quarrying ceased at the end of the 19th century. The quarry is composed of two tiers however the lower tier has been fenced off since 2003. Despite signs prohibiting rock-climbing, no access issues have been reported. Protection is mostly poor and those intending to climb the longer routes should be comfortable climbing with little to no protection (the exception being Betty Peg North East Face). A small amount of bouldering can be found at the Overhanging Wall and is definitely worth a look if operating at Font 6B (V4) or above.

Grey Slab
Beacon Hill consists of four crags: Summit Crag, Beacon Face, Number Three Crag and Number Four Crag. We recommend starting out on Number Four Crag, the landing is flat grass and the problems are of good quality. Number Three Crag is also good value, with decent landings and boasts the classic of the crag: Starship Trooper E1 6a (about f6A). Landings are worse at Beacon Face (worth a look for Moonshot E1 5b, f5+ and Circus of Heaven E1 5c, f6A) and abysmal at Summit Crag (the guidebook helpfully recommends not falling off this latter crag).

Betty Peg North East Face
Looks awful from a distance but much better from underneath. Boasts the classic of the crag - Weak Walk S 4a (and Weak Walk Direct VS 4c) - well protected and with a (questionable) belay stake at the top. Descend via the the other side of Betty Peg. Worth visiting.

Betty's Slab
Probably the best section of the crag, a 10-meter high slab which catches the sun and has several good routes. Protection is reasonable. The hardest moves tend to be low down in the routes so consider bringing a bouldering pad. Clearway S and Sugar Daddy HVS 5a are both well worth a look, as is the 25-meter rightwards-rising diagonal crack. A belay stake is in place at the top as well as a large boulder.

Upper Betty's Slab
Rain moved in before we could get on any of the routes on this slab. Large parts of it are covered in gorse and we struggled to spot good protection placements.

Overhanging Wall
A small wall with a decent landing packing in boulder problems ranging from Font 3 (VB) to Font 8A (V11). The two 6B (V4) boulder problems are both of a high quality. Sadly we're not strong enough to speak to the quality of the hardest problems here!

Now sadly (and rather effectively) fenced off. Home to a certified Leicestershire Classic - Baptism VS 5b (or E3 for non-swimmers) - a water-level traverse around the bay via the undercut slab. Ascents have been made as recently as 2010 using wetsuits and buoyancy aids to approach from across the water. 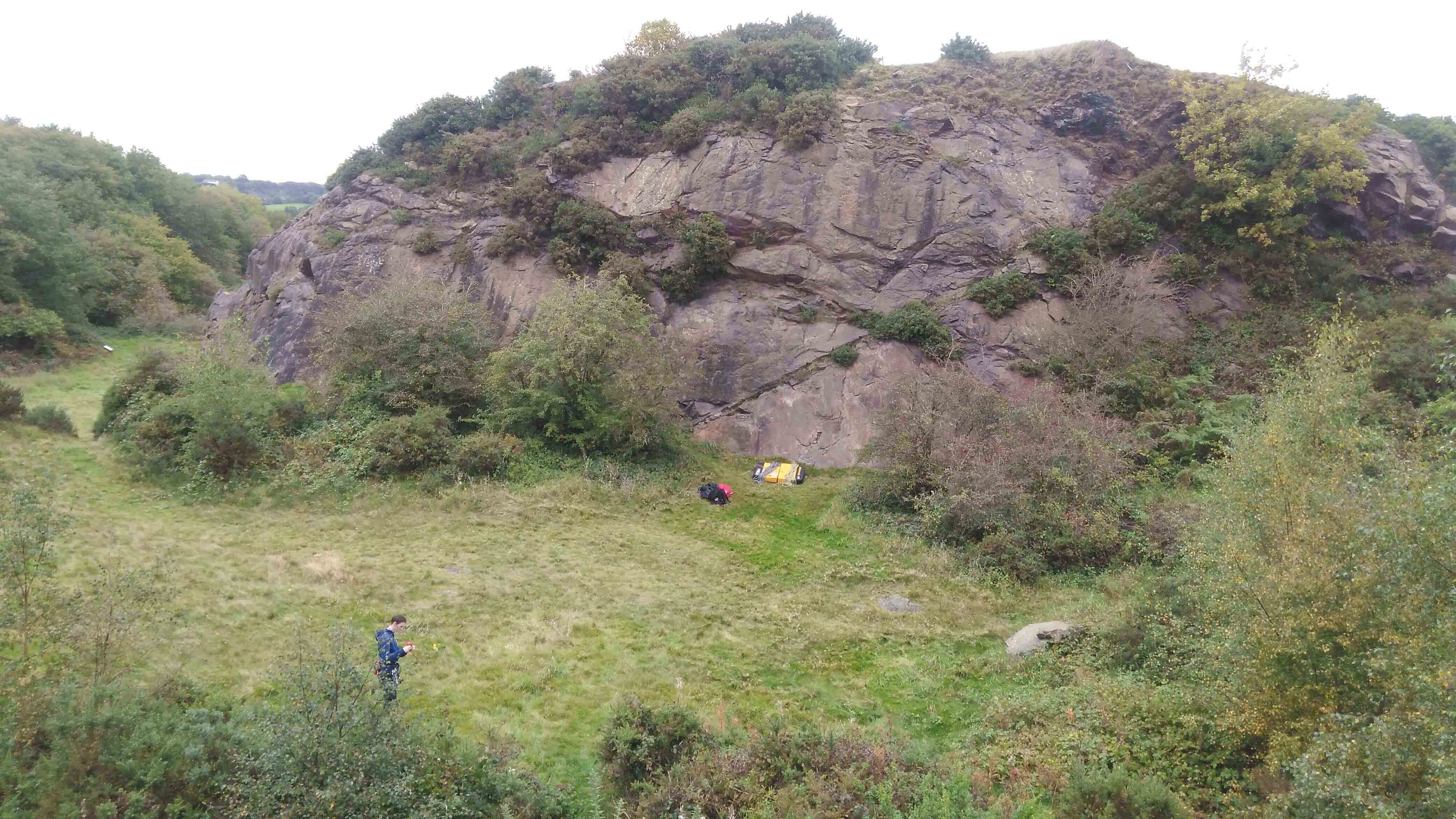 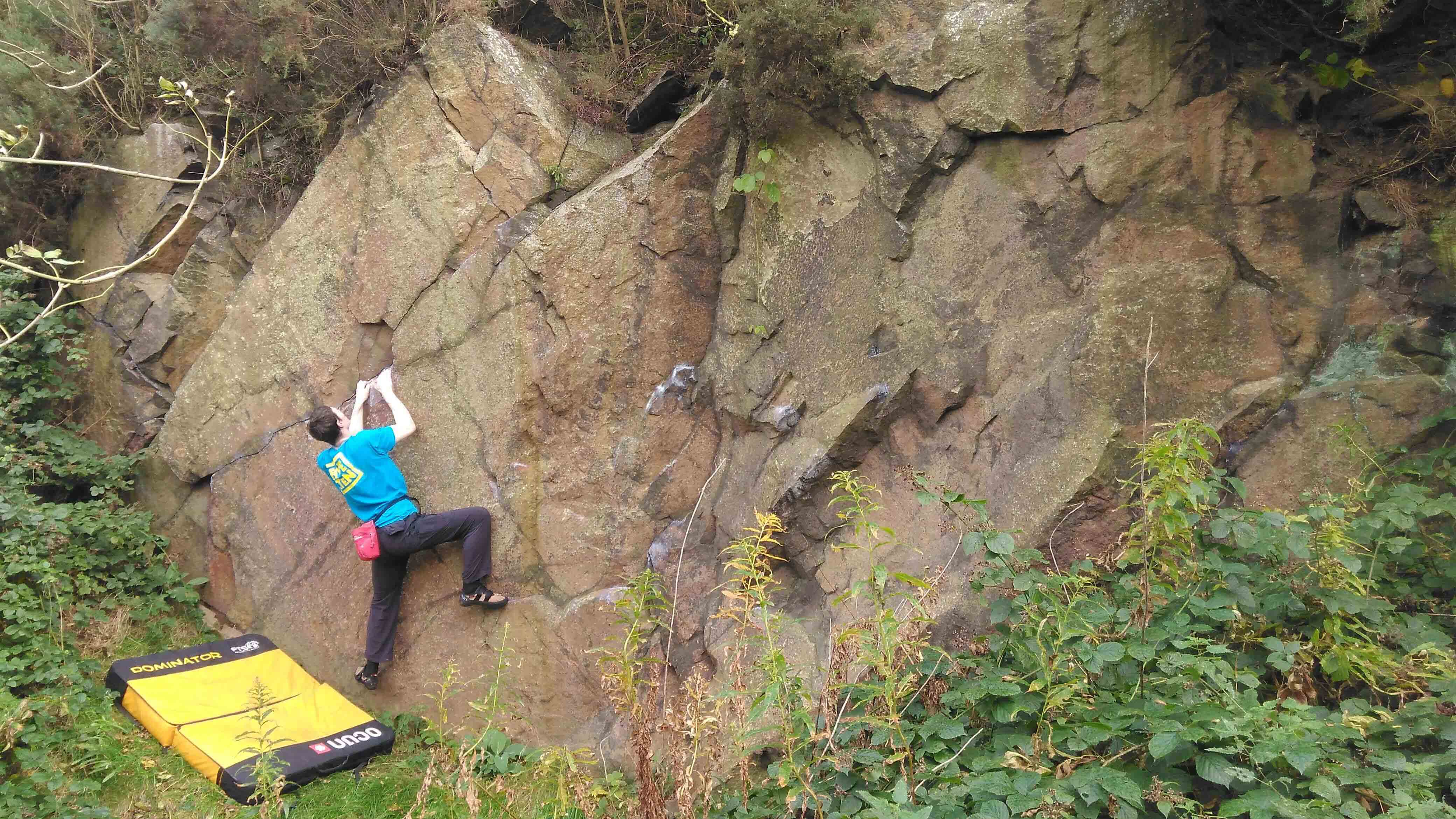 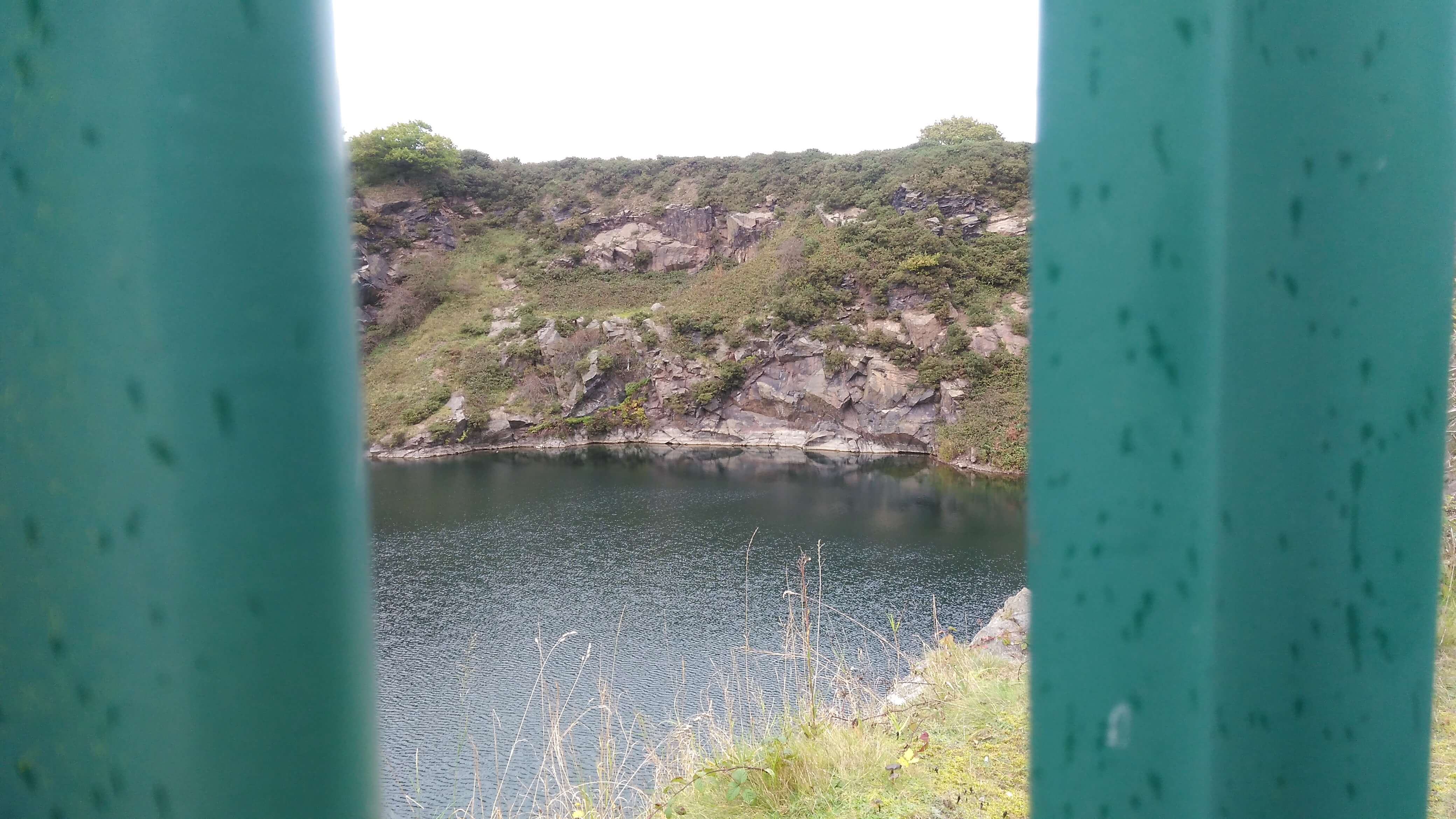 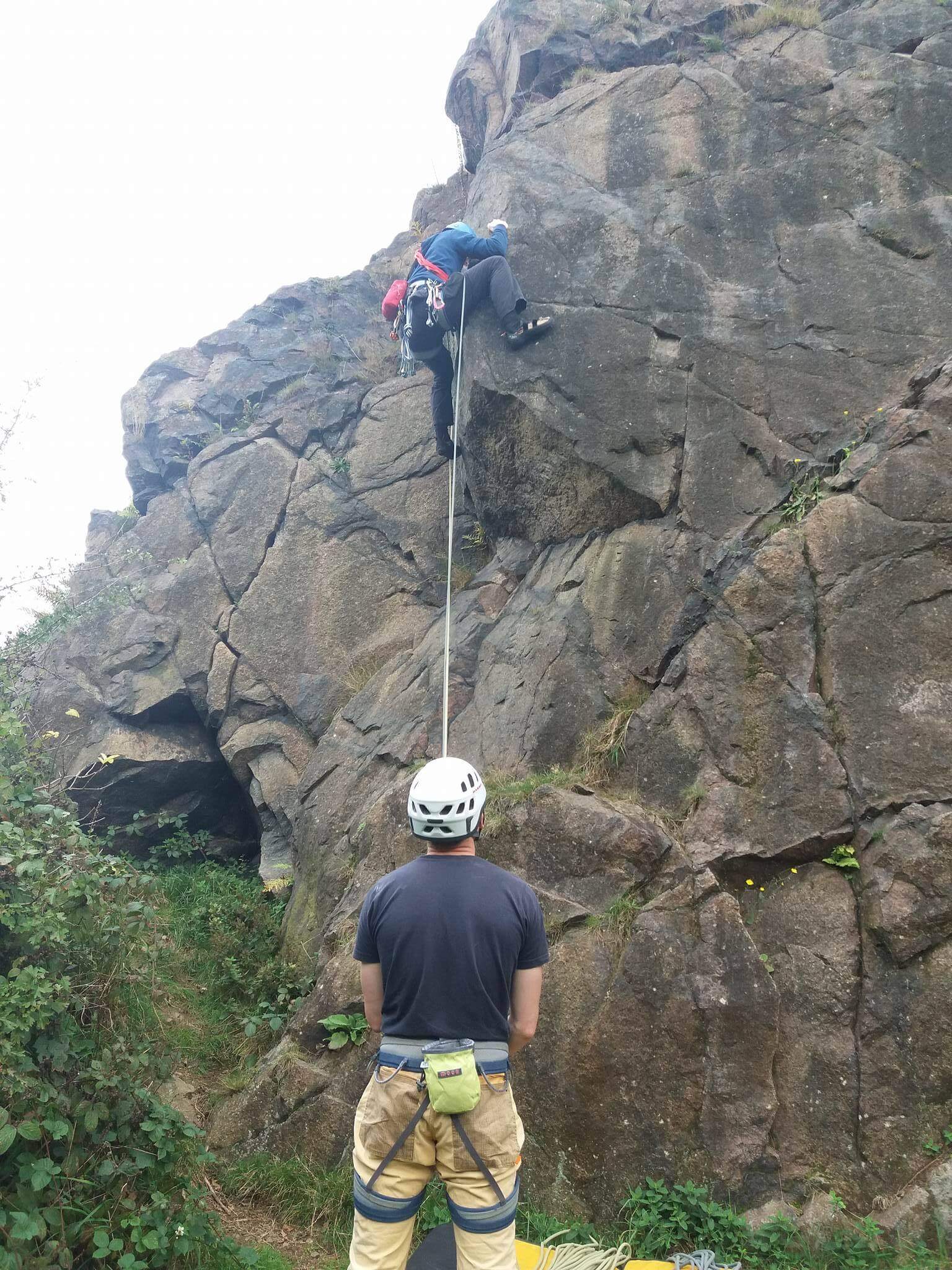 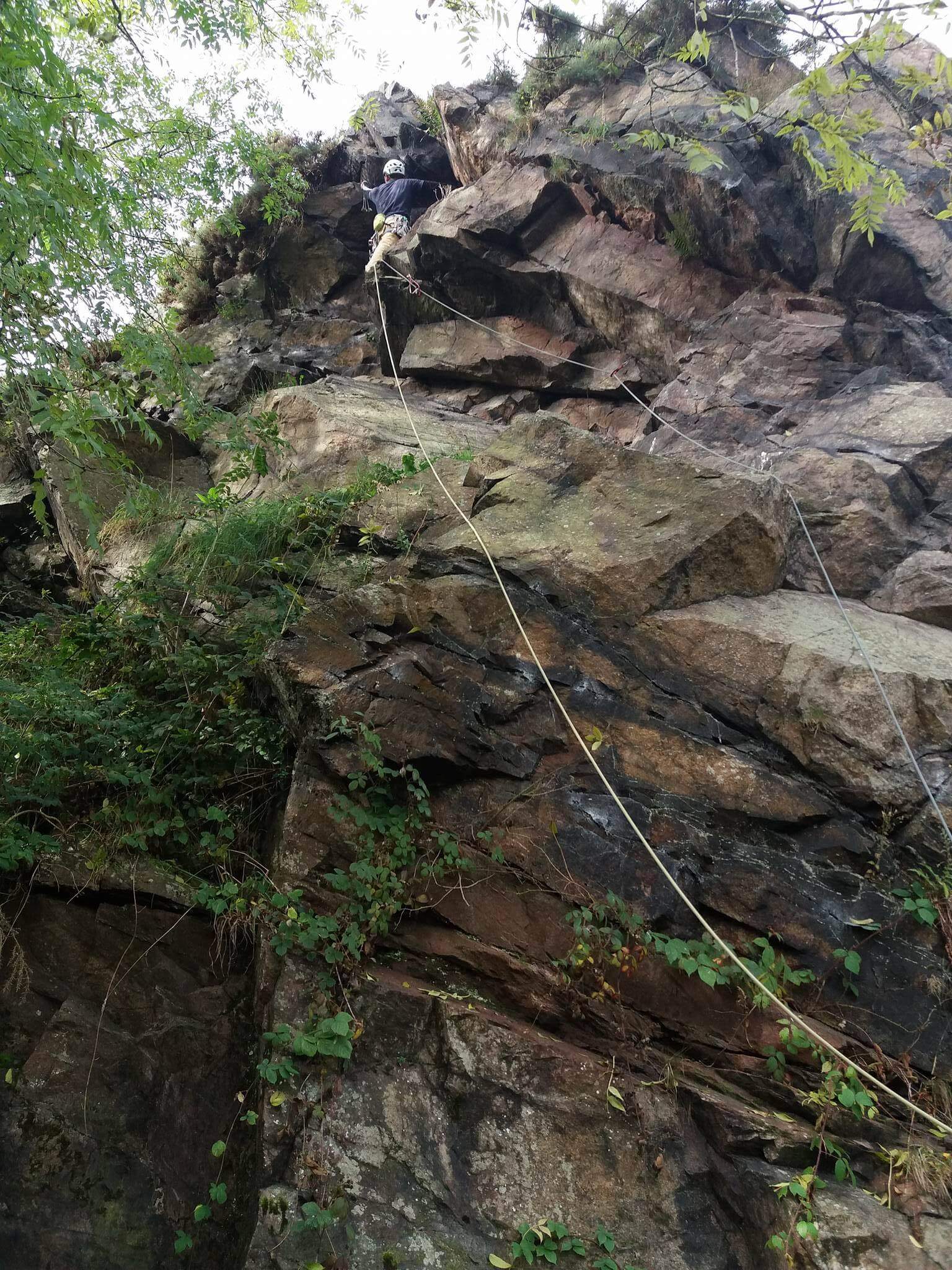 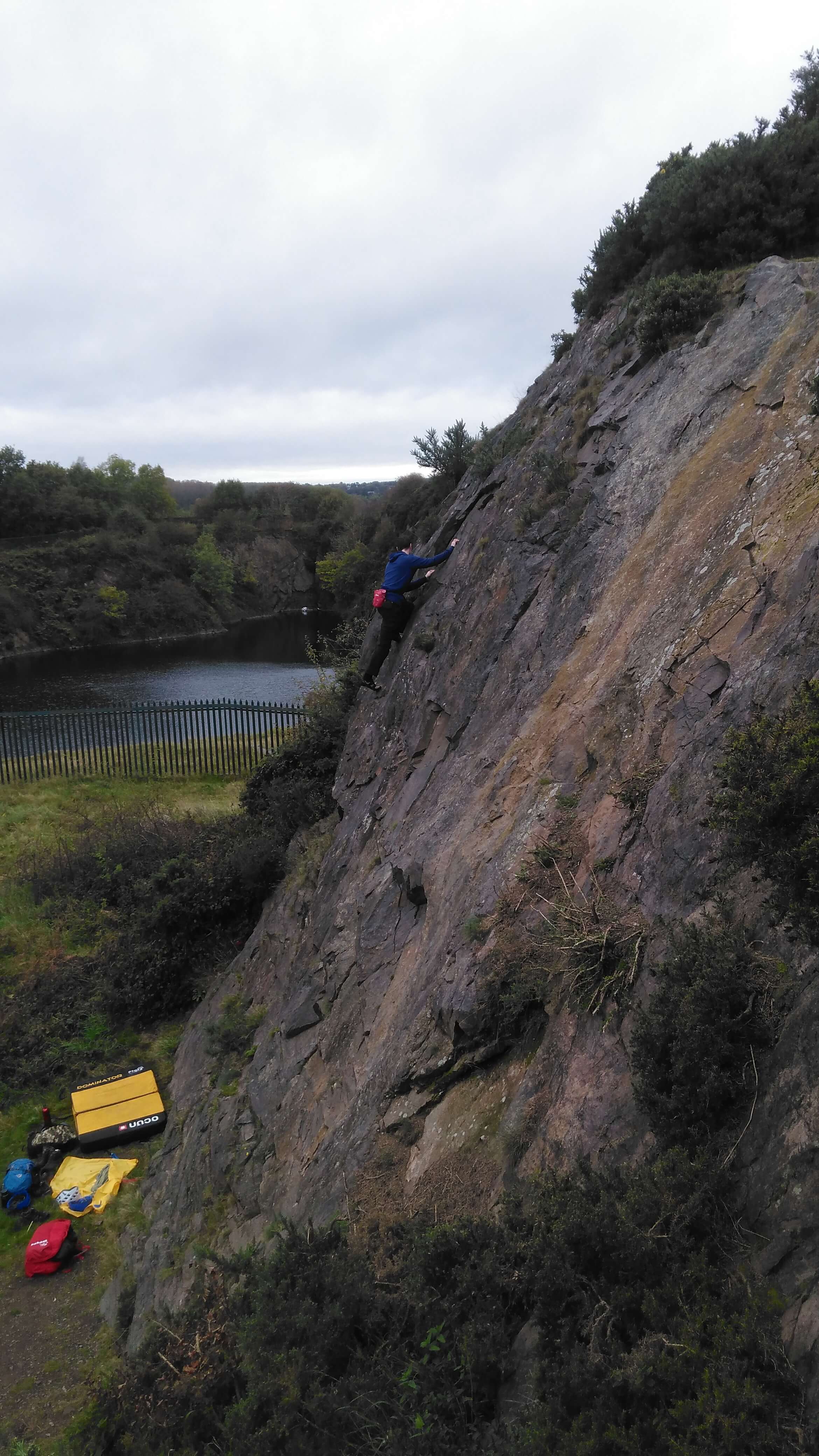 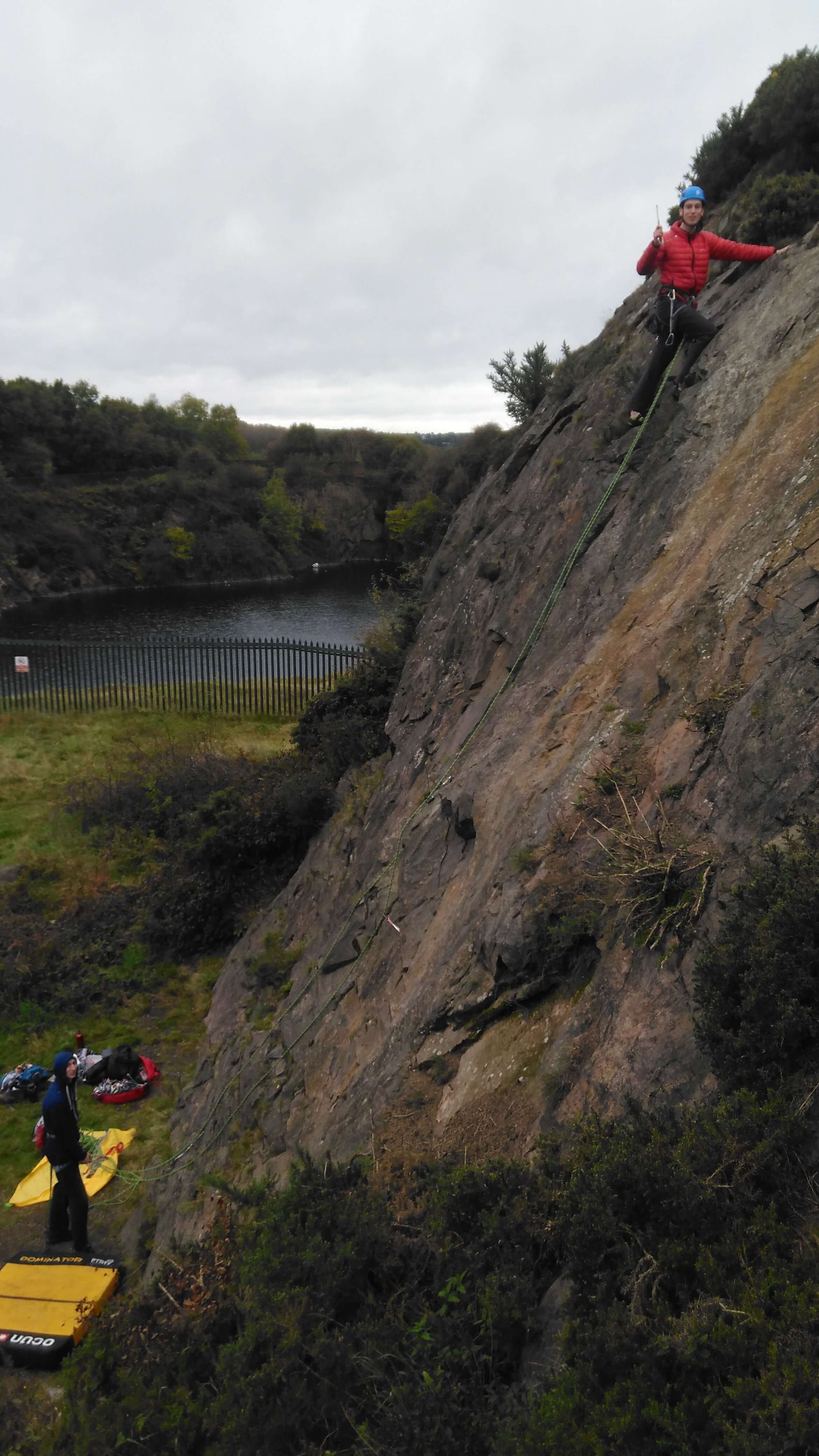 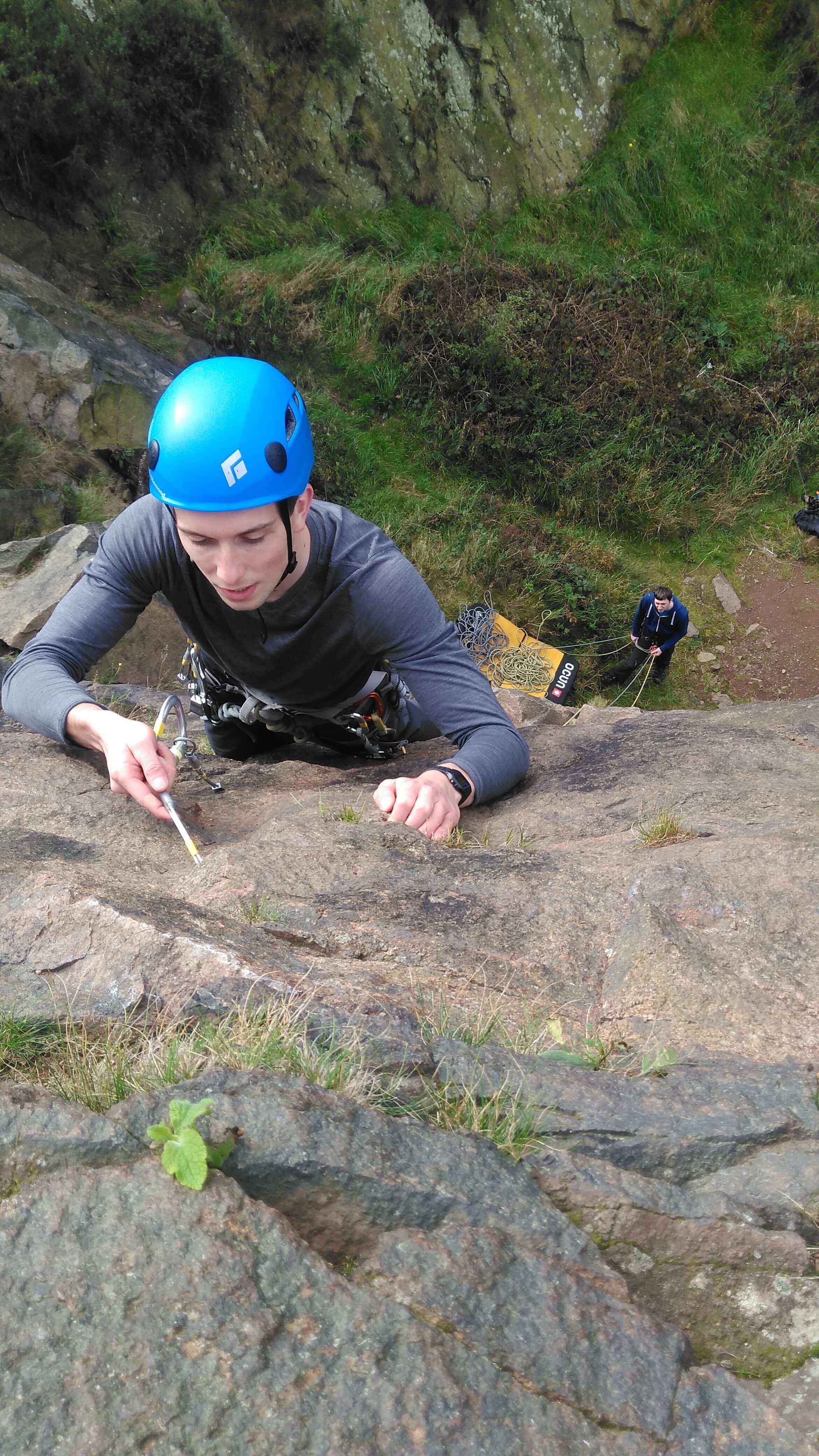 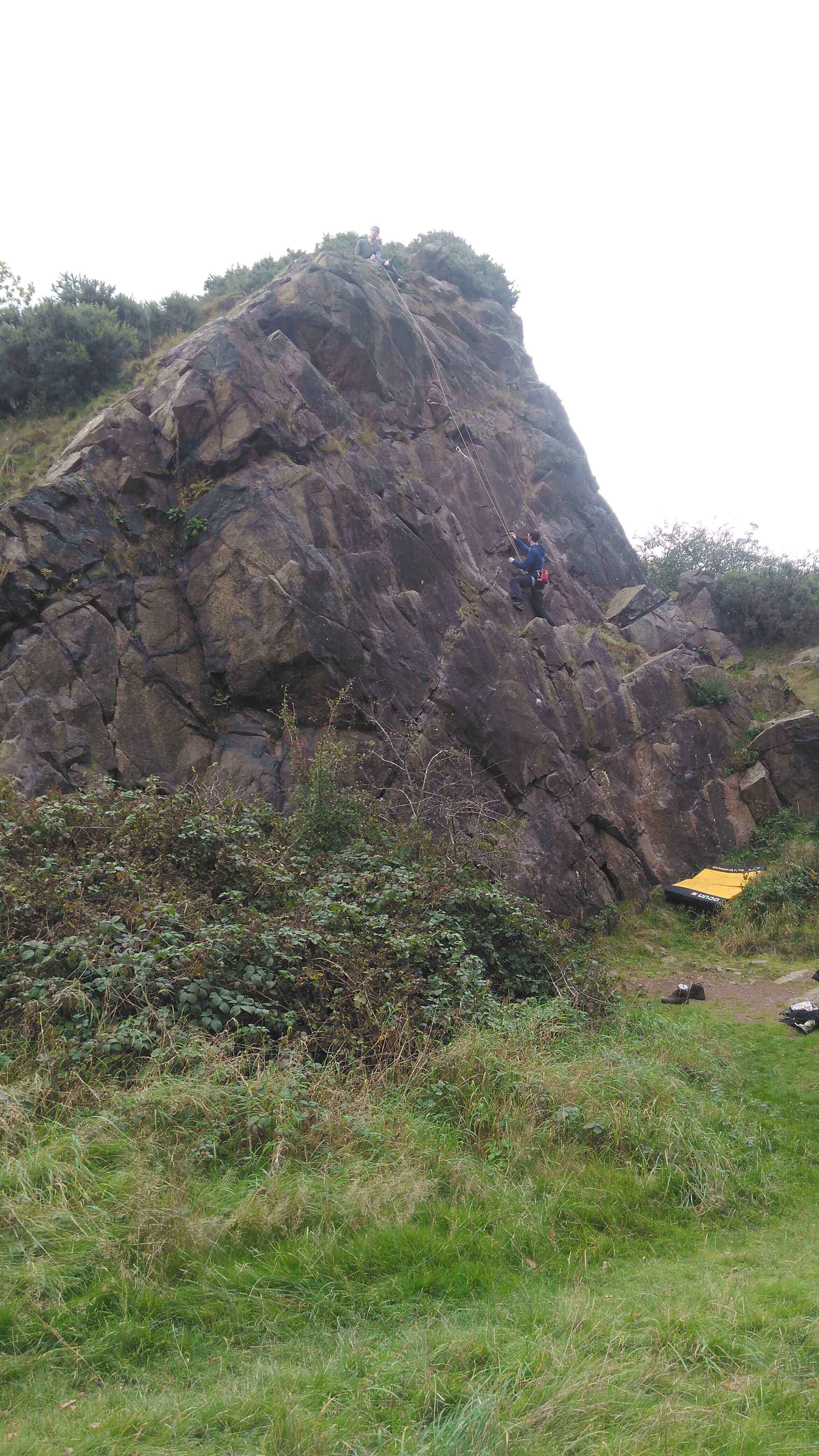 Thanks to Tom Hopkins for contributing photos.