Aka the 8th wonder of the world. 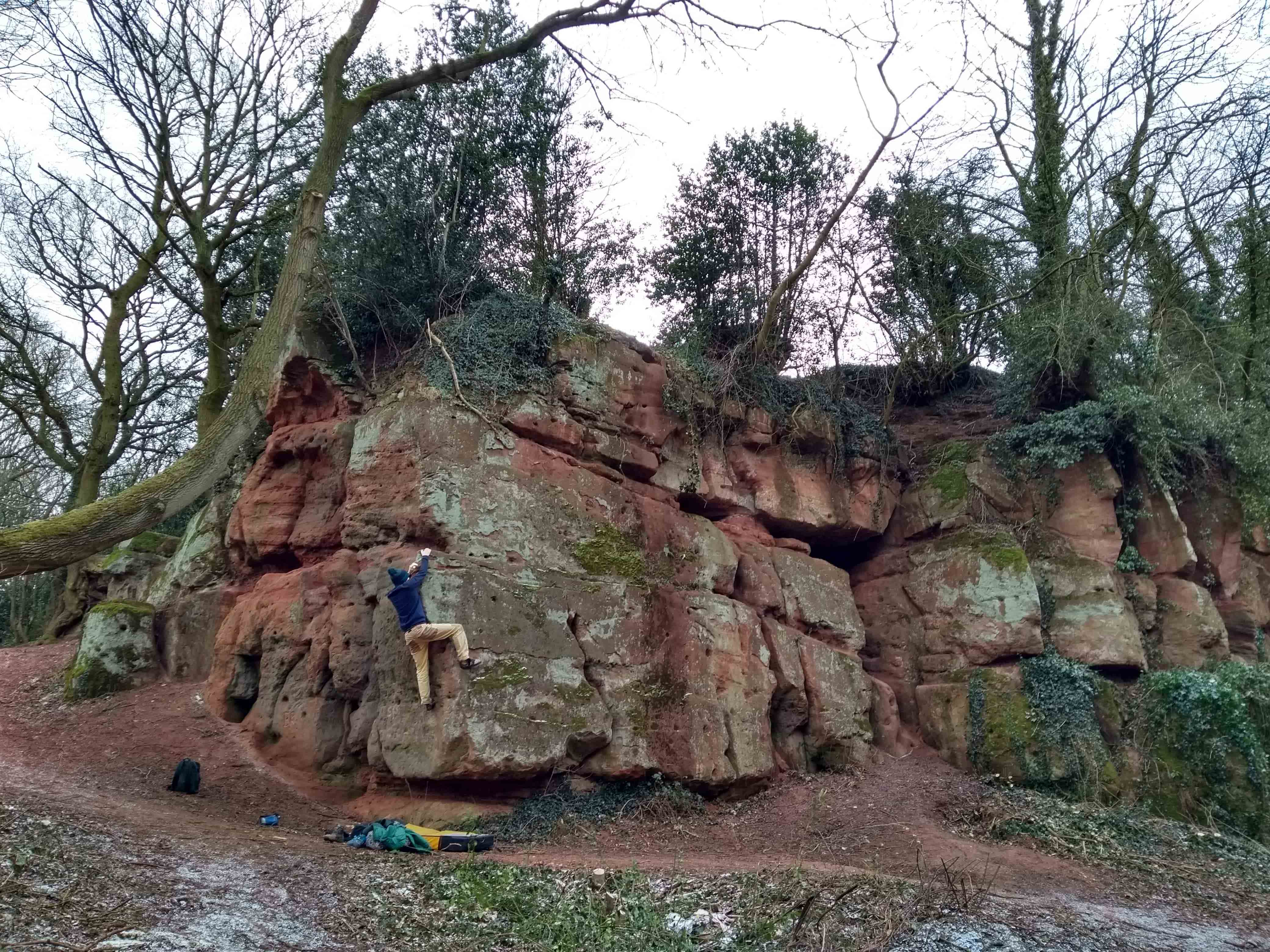 Corley Rocks is the most local crag to campus, lying just outside of Coventry city-limits and is a mere 18-minute drive away, with a 20 second approach from parking to crag. You can park in the middle of the triangular junction of Rock Lane and Burrow Hill Lane (GPS Coordinates/Streetview). The crag lies in the woods immediately behind the yellow sign.

Initially we expected the crag to provide another silly soft sandstone entry in the guide; a crag akin to North Woodloes Quarry. And, indeed, the majority of the crag is utter choss. However much to our surprise the rock around the obvious arête is actually quite hard and provides opportunity for some quite good problems (for Warwickshire...). This area also boasts the only established trad route in Warwickshire: The Gooch HS 4a. It's a crack, then a smooth slab, then another crack (get it?). Someone has also bolted the line to the right of The Gooch. We're intending to go back and try these out routes out. EDIT: We have now done the sport route, see below.

Warwickshire Sport F4
The line of ancient bolts. No lower off in place so we had to go round the top to retrieve the top quick draws. We have no idea what this route is called. The first time we visted was during the onslaught of the 'Beast from the East' and it was freezing (-3°C according to BBC Weather). Since we didn't fancy standing around belaying we just did a bit of bouldering. No information exists about what has been done here in the past. Other than The Gooch entry on UKC and the bolted line next to it, indications of previous climbing are limited to chipped footholds and erosion from top-roping. We've gone ahead and named and graded problems we did but in all likelihood people have done them before. There might be some other potential problems kicking around on other parts of the crag but they will be battles against sandy holds than technical diffficult.

Don Corleyone 6A/V3
The wall left of the obvious arête. Start sitting with left hand in the crack and right hand in a chipped hold and climb the the pockets until the jug ledge. No use of the footblock or arête at this grade.

Don Corleyone Stand f5+/V2
Standing start to the previous problem. No use of arete.

The Arete SDS f5/V1
Sit start the arete using holds on both sides. Finish on the jug ledge.

The Arete Stand f4+/VB
Standing start to the previous problem.

The Arete LHS f5/V0
Stand start using on the arête and holds to its left.

Corleyflower f3+/VB
The wall right of the arête. Finish at the height of the ledge. Pretty rubbish. 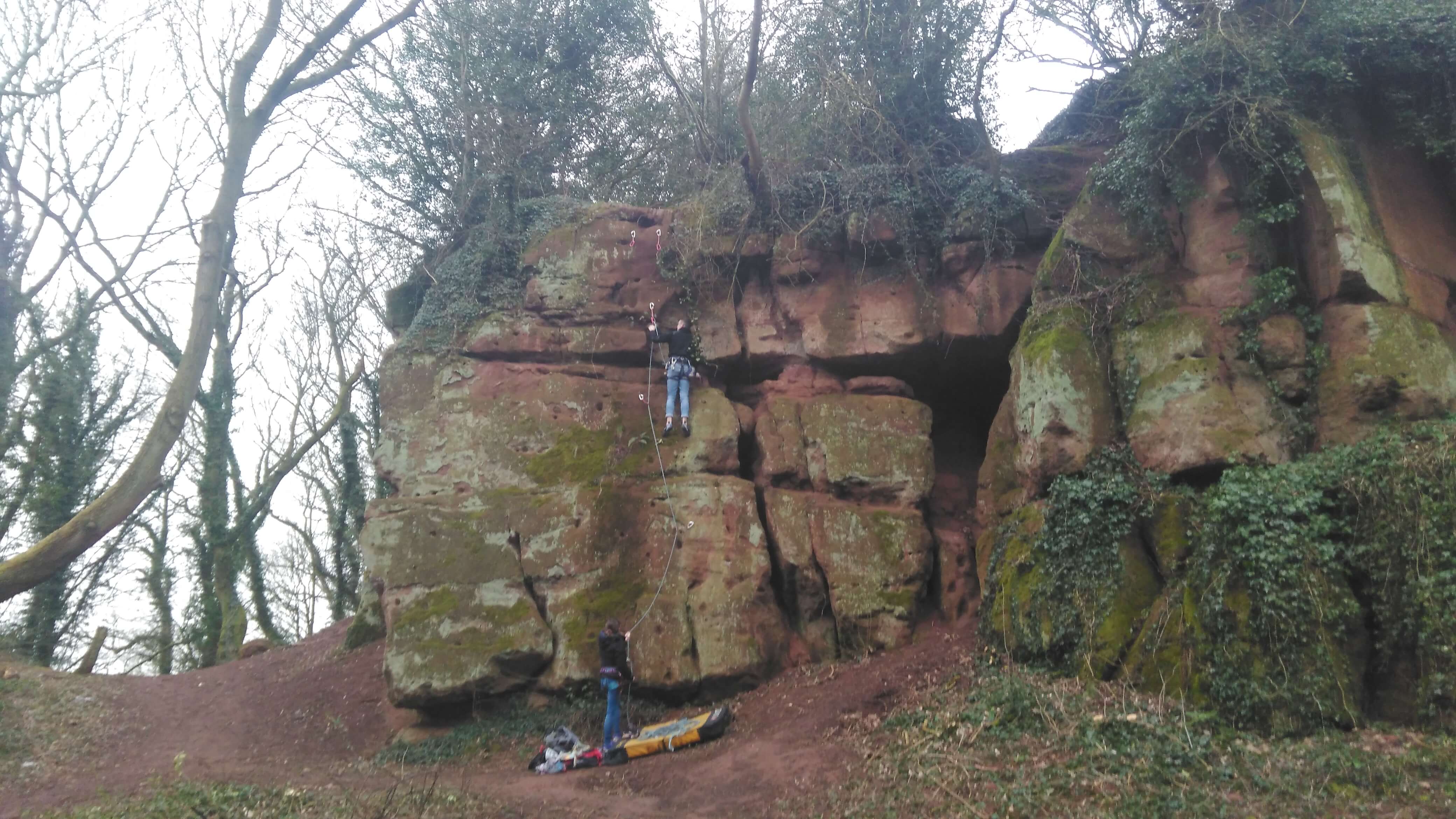 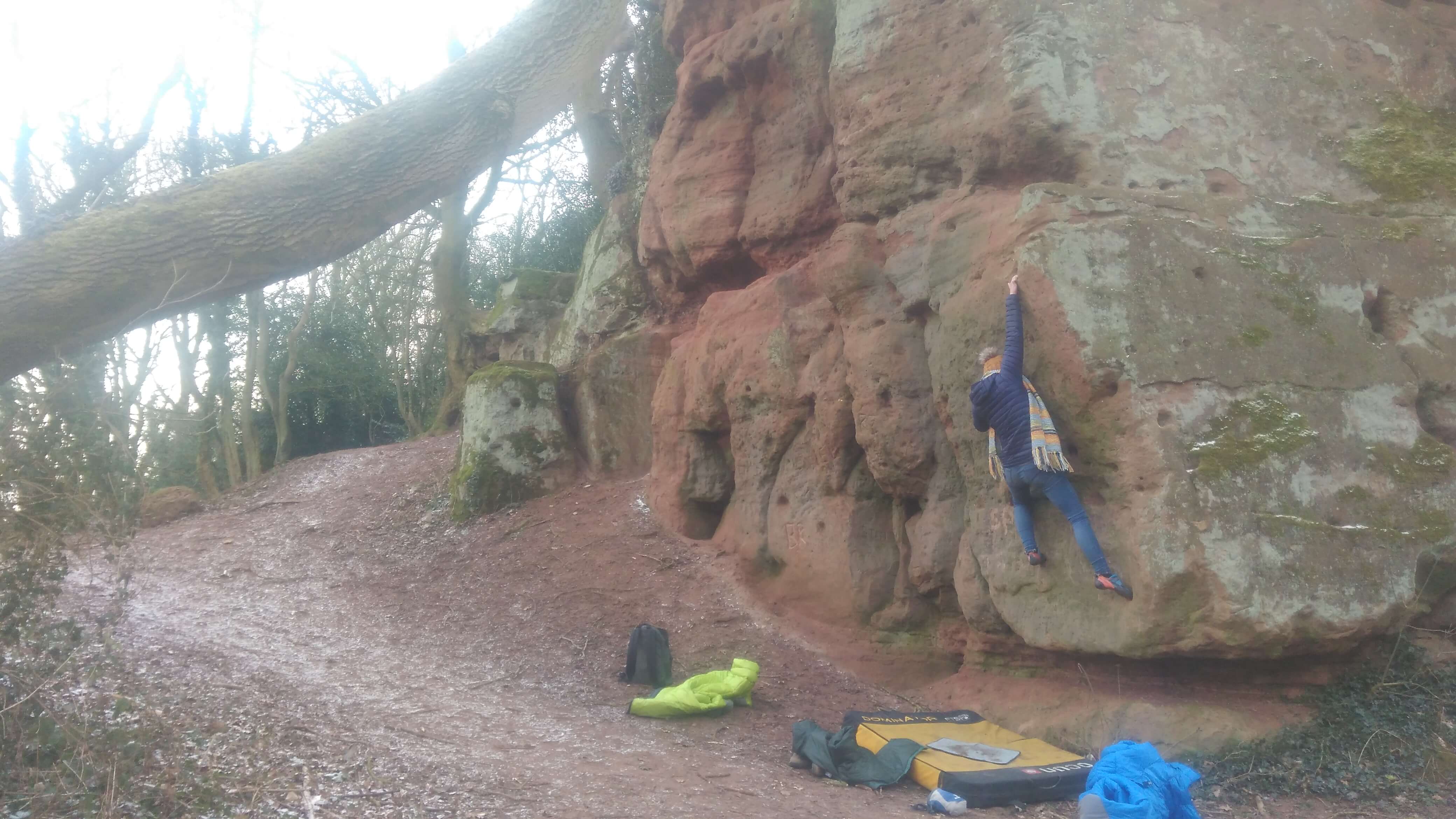 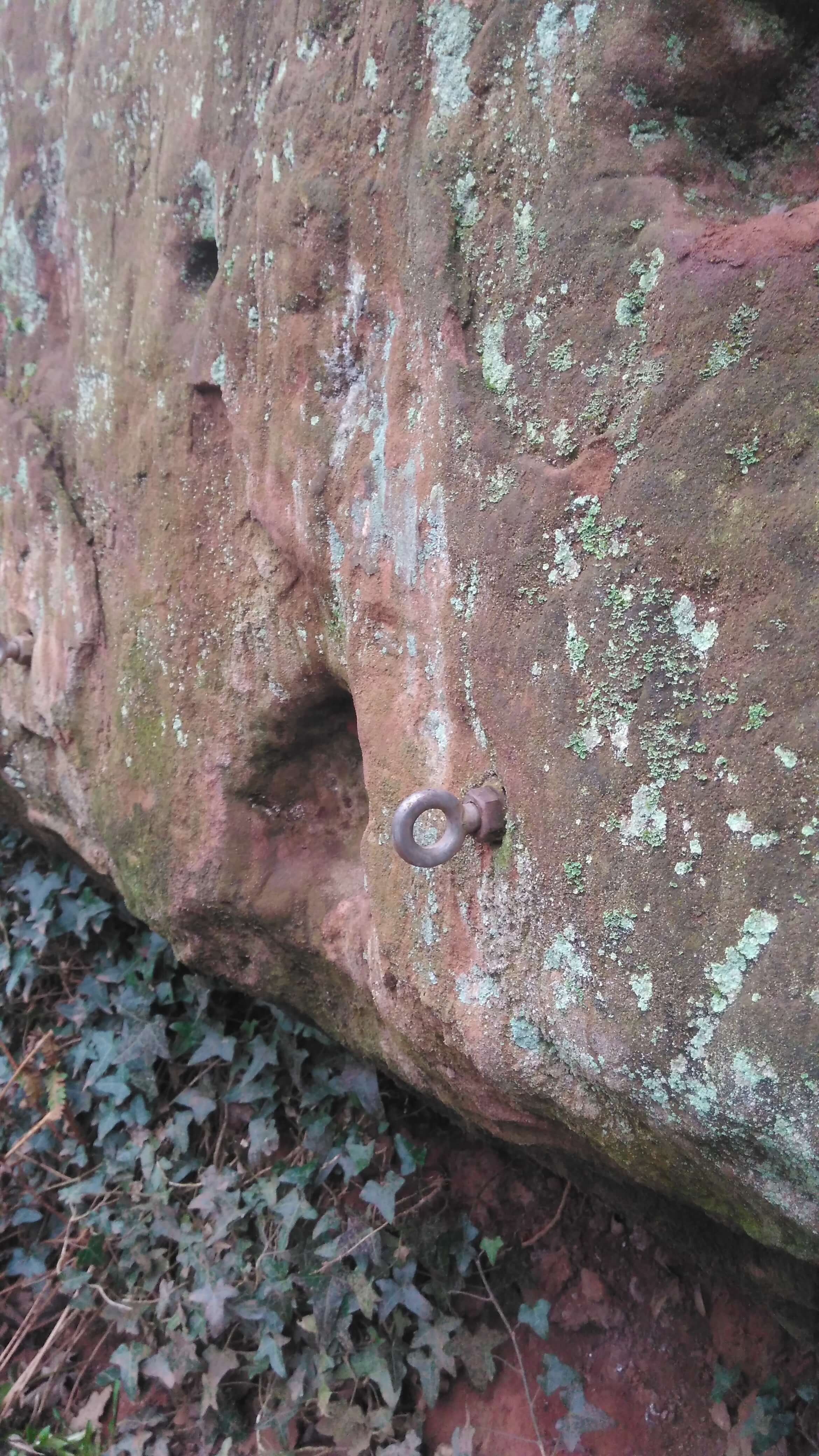 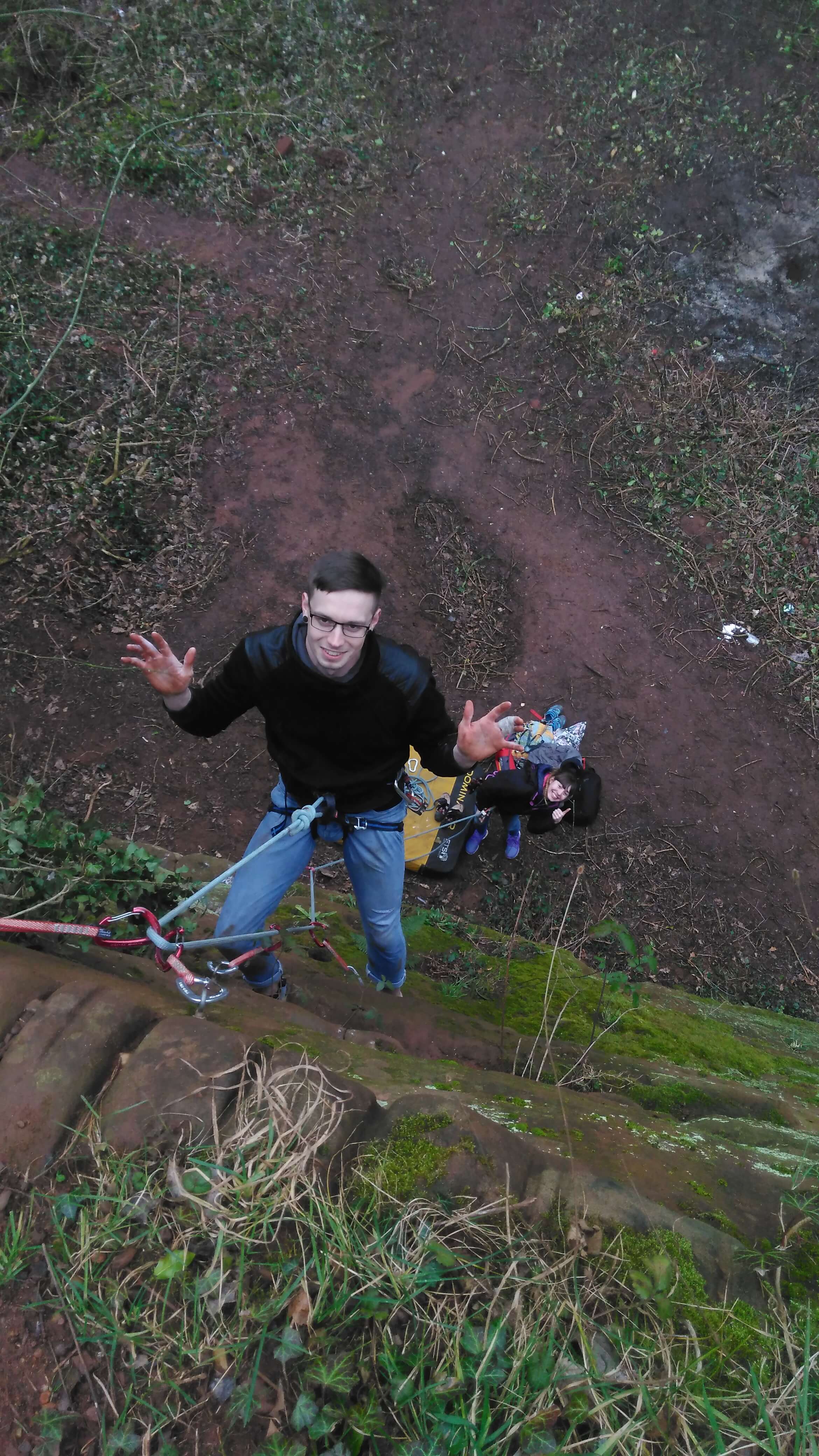