Burton Dassett Hills is an important place for Warwickshire bouldering. It was the location for James Smith's seminal film "Dinner on Hold: Embarrassingly Poor Bouldering In Warwickshire". In this video Smith collates footage from first ascents of problems on the one to two meter high rocks at the crag. The video begins with a shot of what appears to be a significant buttress accompanied with the booming sounds of Infected Mushroom, which wouldn't be out of place in a video of Daniel Woods sending V16. As Smith walks from behind the camera, the true size of the buttress rapidly becomes apparent - it is utterly minuscule. Smith sit starts the problem and immediately swings his square toed leather shoes into an unnecessary heel hook. As in all professional bouldering videos, the name and grade of the problem fade into frame as he tops out the problem: Waste of Time VB-. The film continues with two more hilariously named problems: I Hope Nobody is Watching and I Actually Paid for Parking (both graded VB-).

Other films such as HardXS' Esoterica have championed the climbing of weird and wonderful routes. However, the routes on the Peak Esoterica ticklist possess some merit. Matterhorn Ridge in Winnats Pass gives great views and is a great rest-day activity; Downfall Climb on Kinder Downfall takes you under a waterfall and the Stomach Traverse at Ravenstones provides a unique and enjoyable experience. The difference between these routes and those in Warwickshire should be obvious: the climbing in Warwickshire is woefully poor. Most climbers never consider it and chastise those who do. Dinner on Hold allows us to see the value in the choss and the tiny. The film highlights the silliness, hilarity and fun which can be derived from taking the pathetic offerings of Warwickshire as seriously as a 3-star problem at Stanage Plantation. The film demonstrates the possibility of an aesthetic of the abysmal.

Warwickshire might be one of the few places where the appreciation of the aesthetic is possible. The University of Warwick is 50mins from the decent rock of Leicestershire and 90mins from the Peak. These aren't great distances, but it's not as if we can pop out to Burbage North between lectures. The aesthetic of the actually good trumps the aesthetic of the abysmal every time; if we were any closer to good rock then places like Corley Rocks, Radford Road Viaduct No 33A and the Warp Pipe would never get a second glance from climbers. On the other hand Warwickshire does actually have some rock. The only crag in Northamptonshire, a neighbouring county, is on the abandoned concrete structures of Finedon Slabs. The rock is Warwickshire is here, it's ours and it can be climbed. It's fun just to explore the local area too. We've visited some really nice places we otherwise would never have gone to. So why not pop out when you have a free half a day to dick around with your mates and put up some first ascents on some rock nobody has bothered with before? You might enjoy it.

"Doing what has never been done before is intellectually seductive, whether or not we deem it practical."

Smith's video of the climbing at Burton Dassett Hills was partly what inspired the creation of this guide. It certainly made me want to go and explore the county and create my own embarrassingly poor boulder problems in Warwickshire. After two terms full of blissful rest-day exploration Niamh and I finally decided to make the hajj to the place where it all began.

Burton Dassett is a 25 minute drive from Leamington Spa. If you're considering coming from campus or Coventry you must be insane as in the same time it'd take you to get there you could have driven to Leicestershire. The best place to park is here. The crag is a former ironstone quarry. This might be the same rock as the Warwick Sport Rock Garden is made of. Maybe. Extraction at Burton Dassett began in 1868 and continued intermittently until the 1920s. The best climbing at the crag looks to be the Beacon itself. Obviously you should not actually climb this. The two-story Beacon was built in the late Medieval period as a tower mill, then converted to a lookout tower and then to a shelter for sheep. Though it is situated on Windmill Hill there is no evidence of the Beacon ever being part of a windmill. The doorway is now bricked up and the Beacon now appears as a mysterious and apparently pointless structure. The sheep are still there. When we visited we encountered many inquisitive lambs and protective momma sheep.

According to the Coventry Telegraph, Burton Dassett Hills was the inspiration for the landscape of Teletubbyland. We seized on this and did what any rational agent would do and named all our boulder problems after things in the Teletubbies. We make no apology for this.

The rest of the guide details the different sections of the crag and the problems in them. 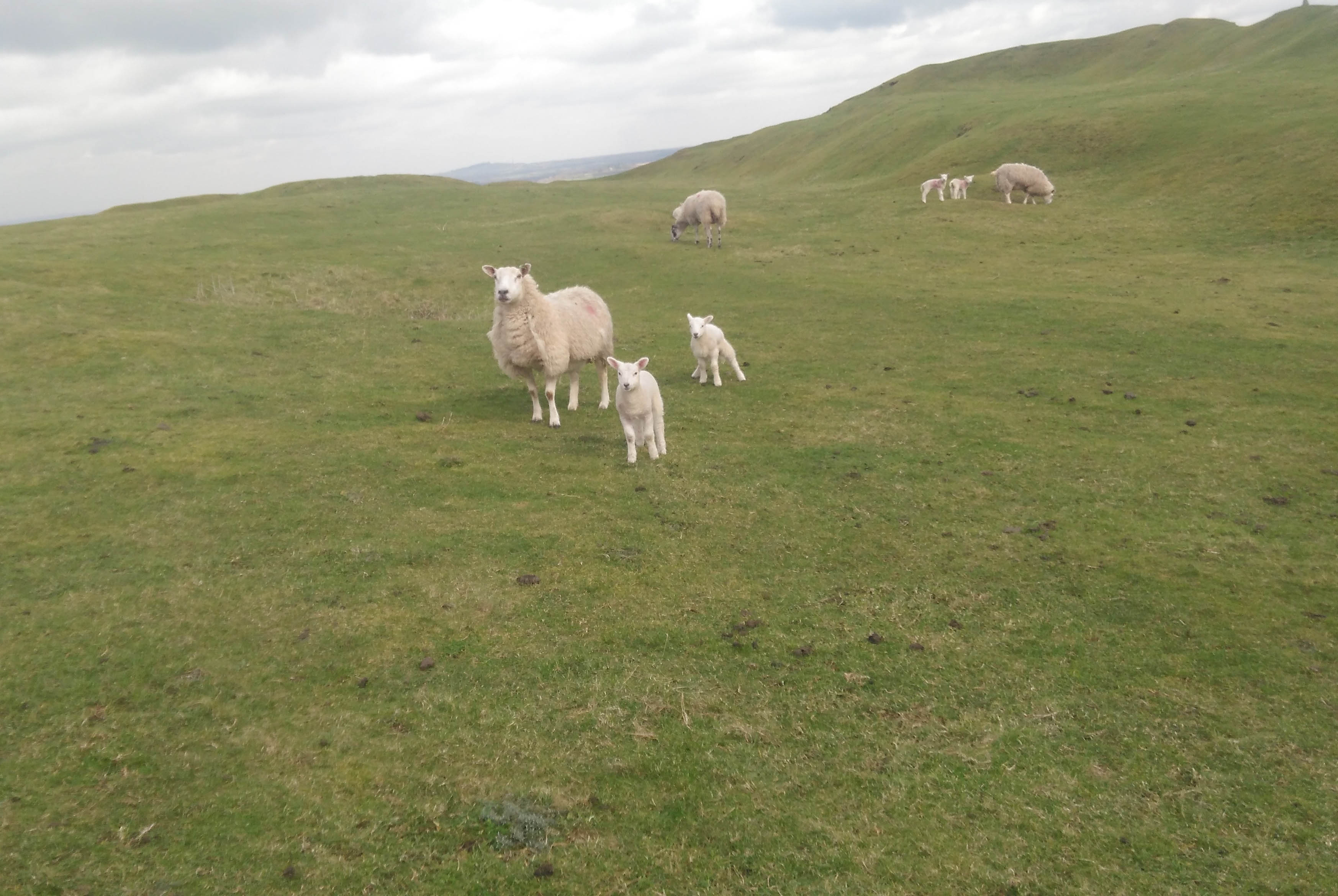 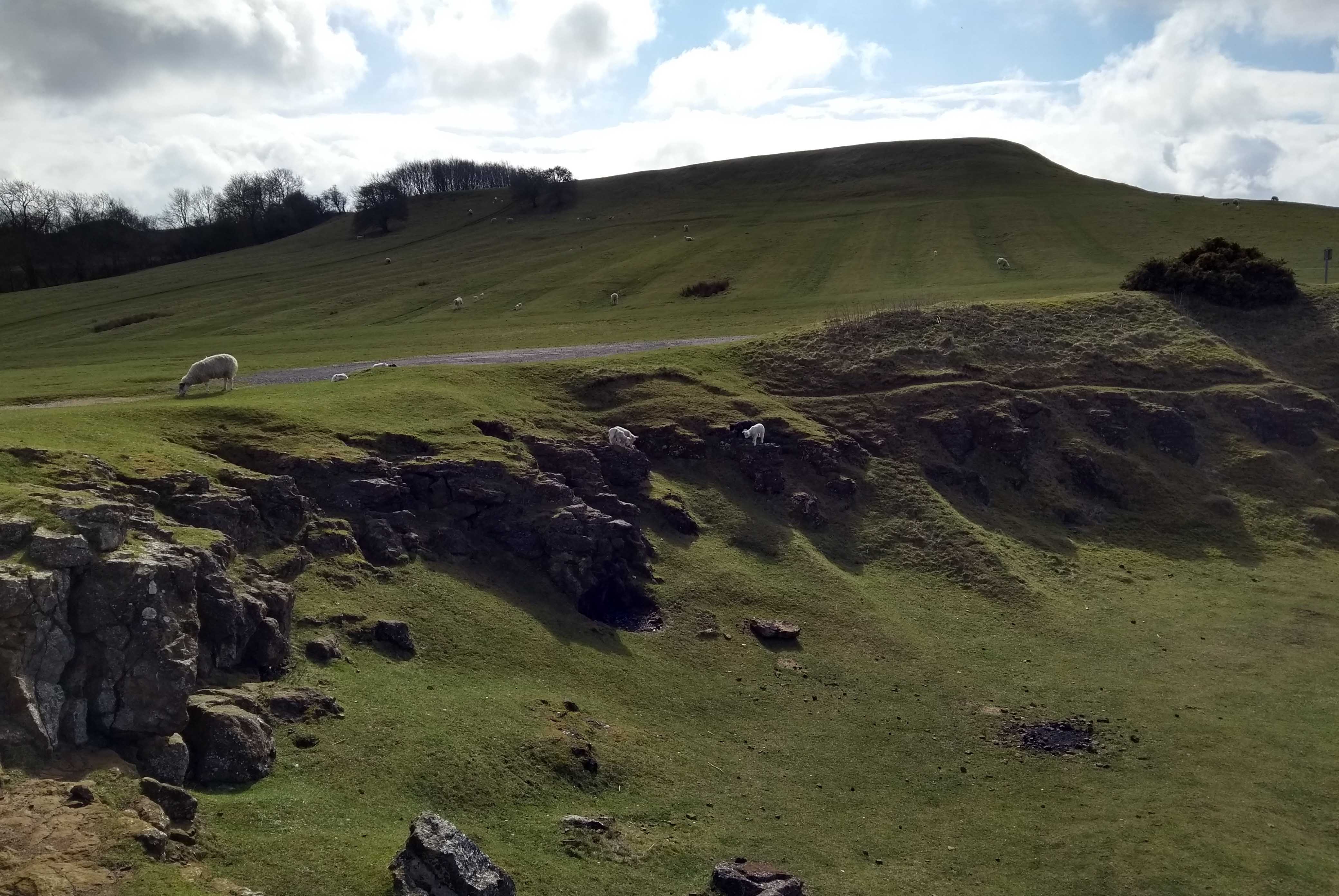 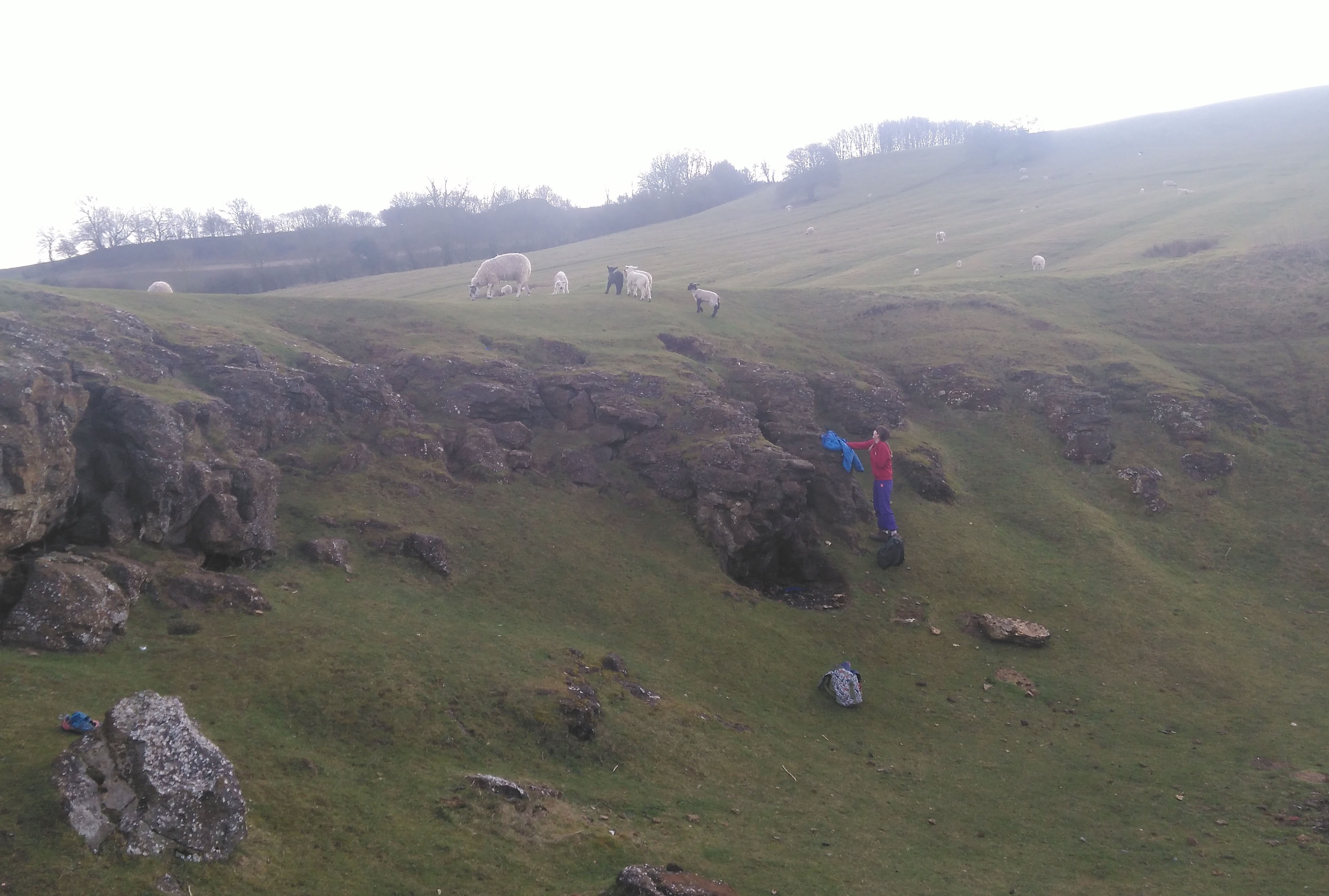 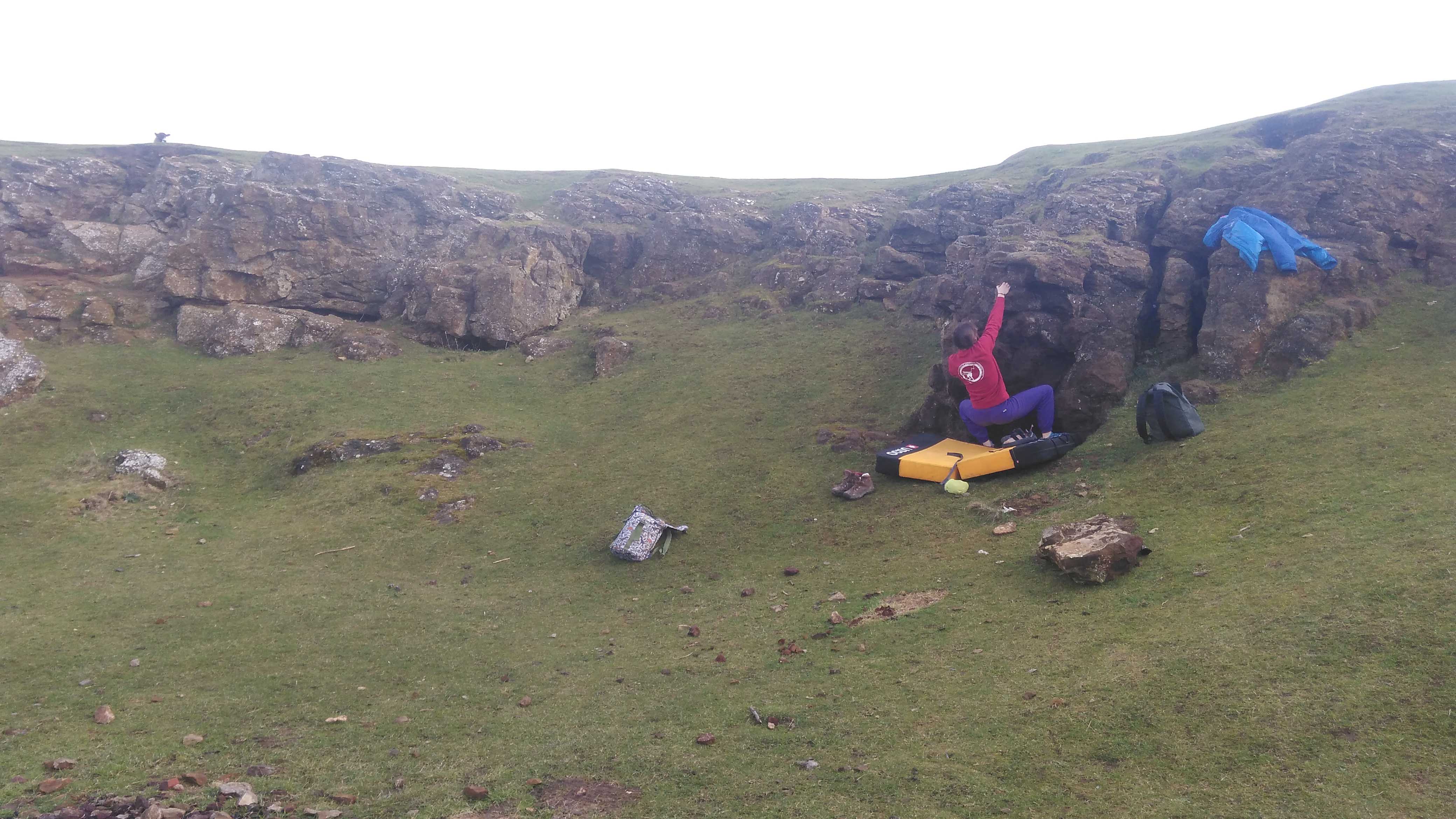 Sit-start Prow f3/VB - Sit down (in the BBQ?) and pull over the overhang 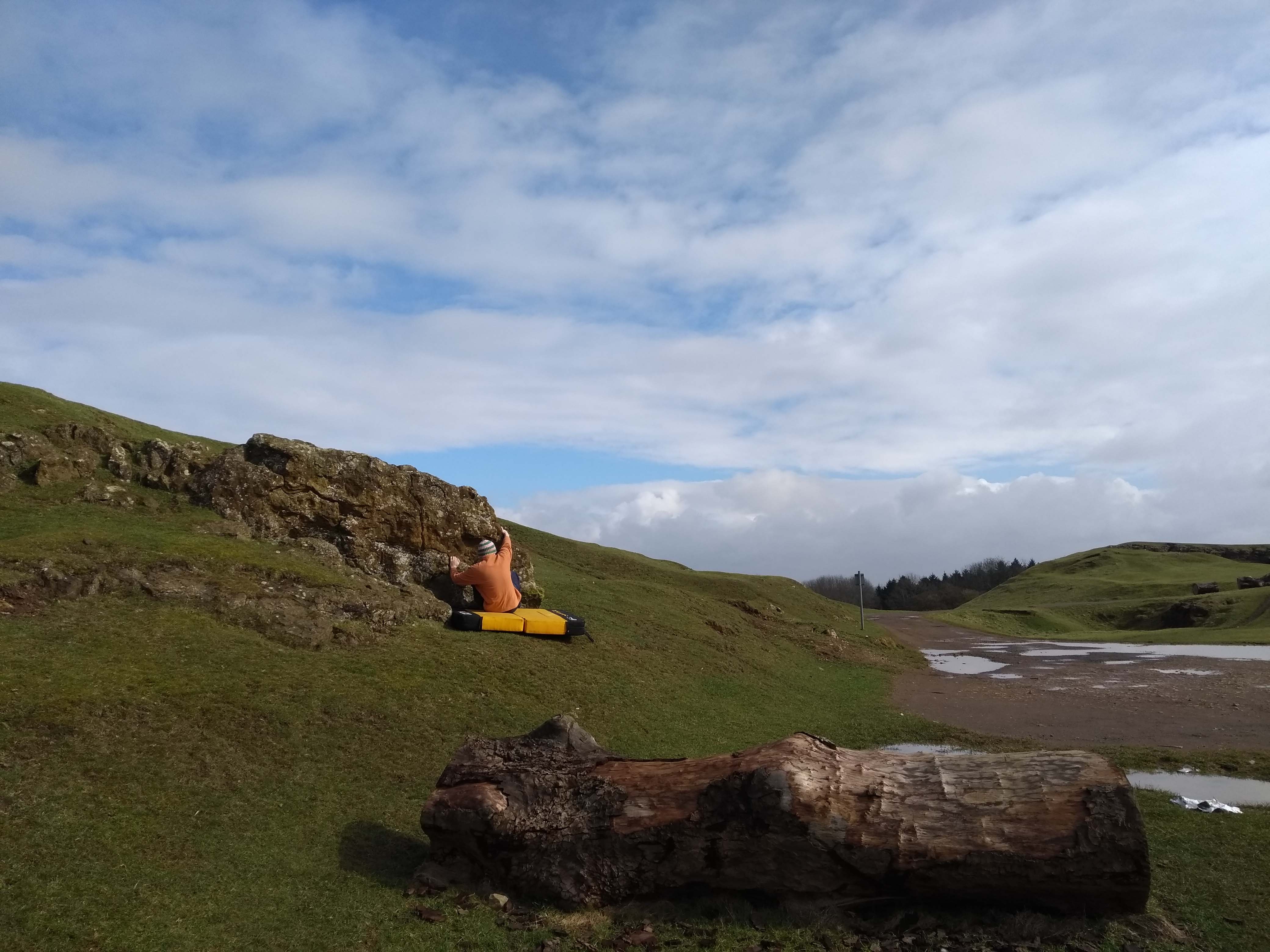 Waste of Time f3/VB - The original problem. On the right edge of Area 1 (Right)

On The Lamb f3/VB - Visible next to the road on the left as you look towards Area 1 (Right) from Area 1 (Left). Sit start the boulder

Literally impossible to find. Asked a warden and they had no clue. If anyone knows please let me know! 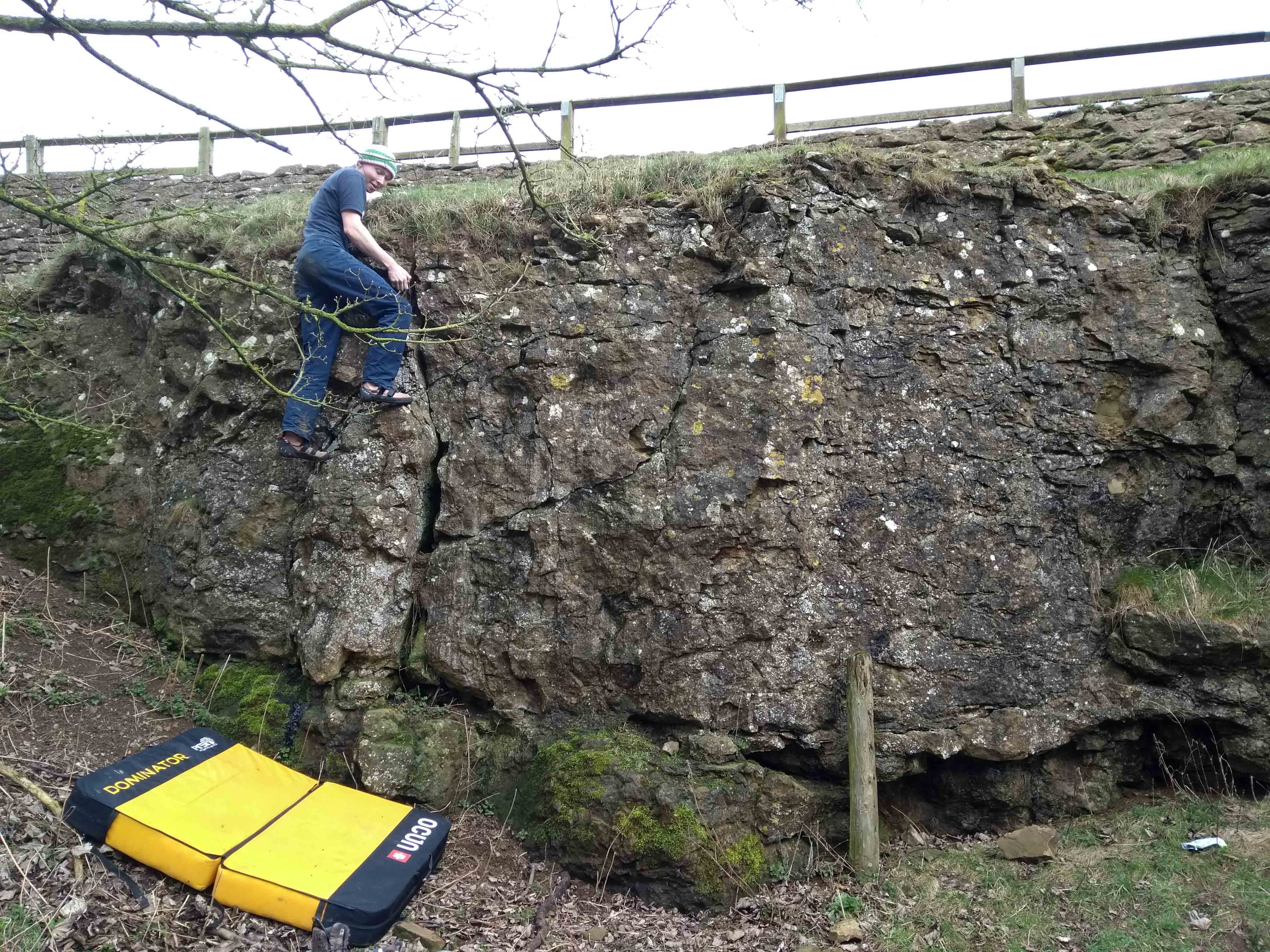 Is This A Joke? f3/VB - The left crack (behind the toilets) peters out to a VERY earthy finish

Comedy Tour f4+/V0 - Traverse the wall from left to right 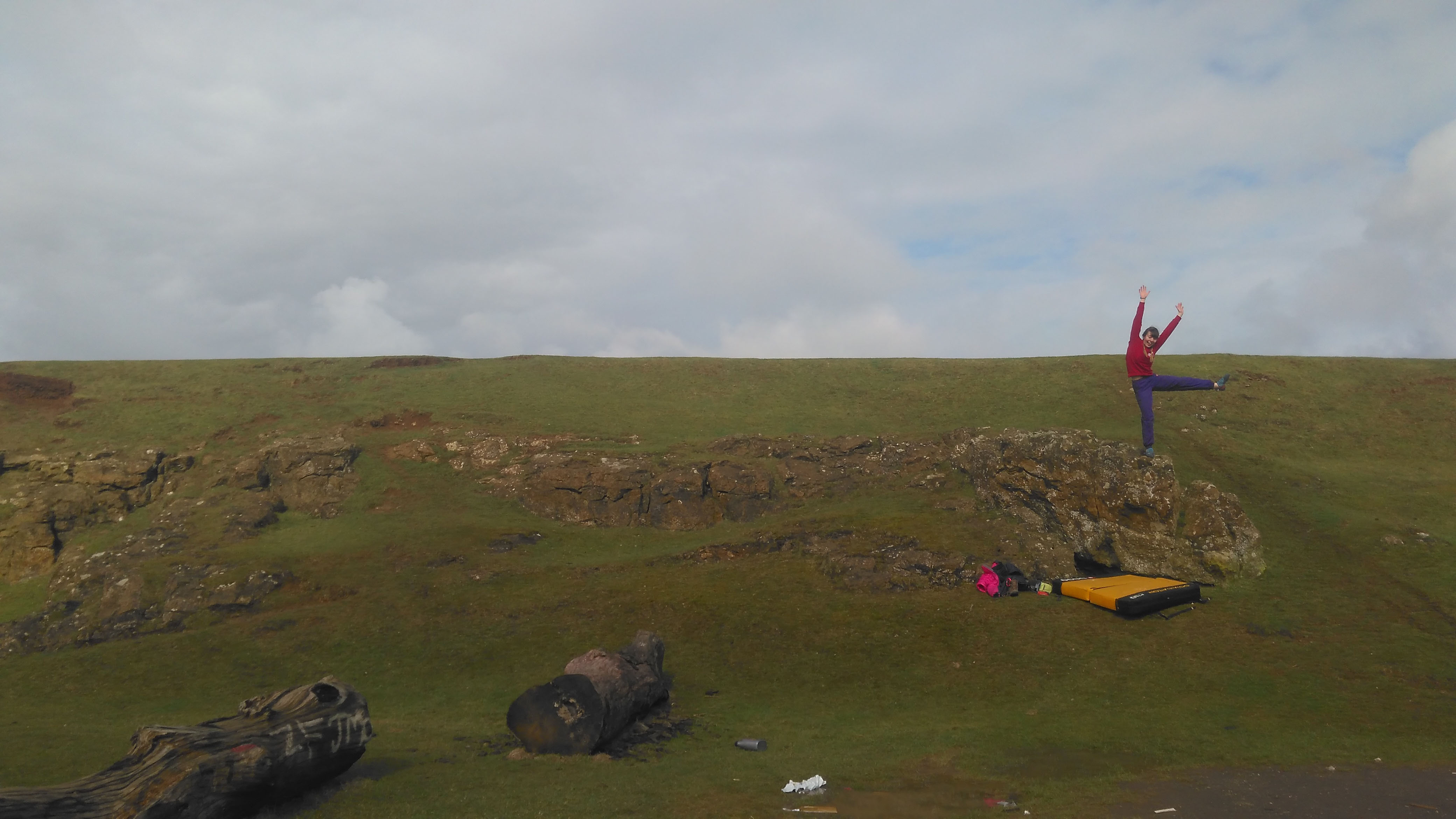 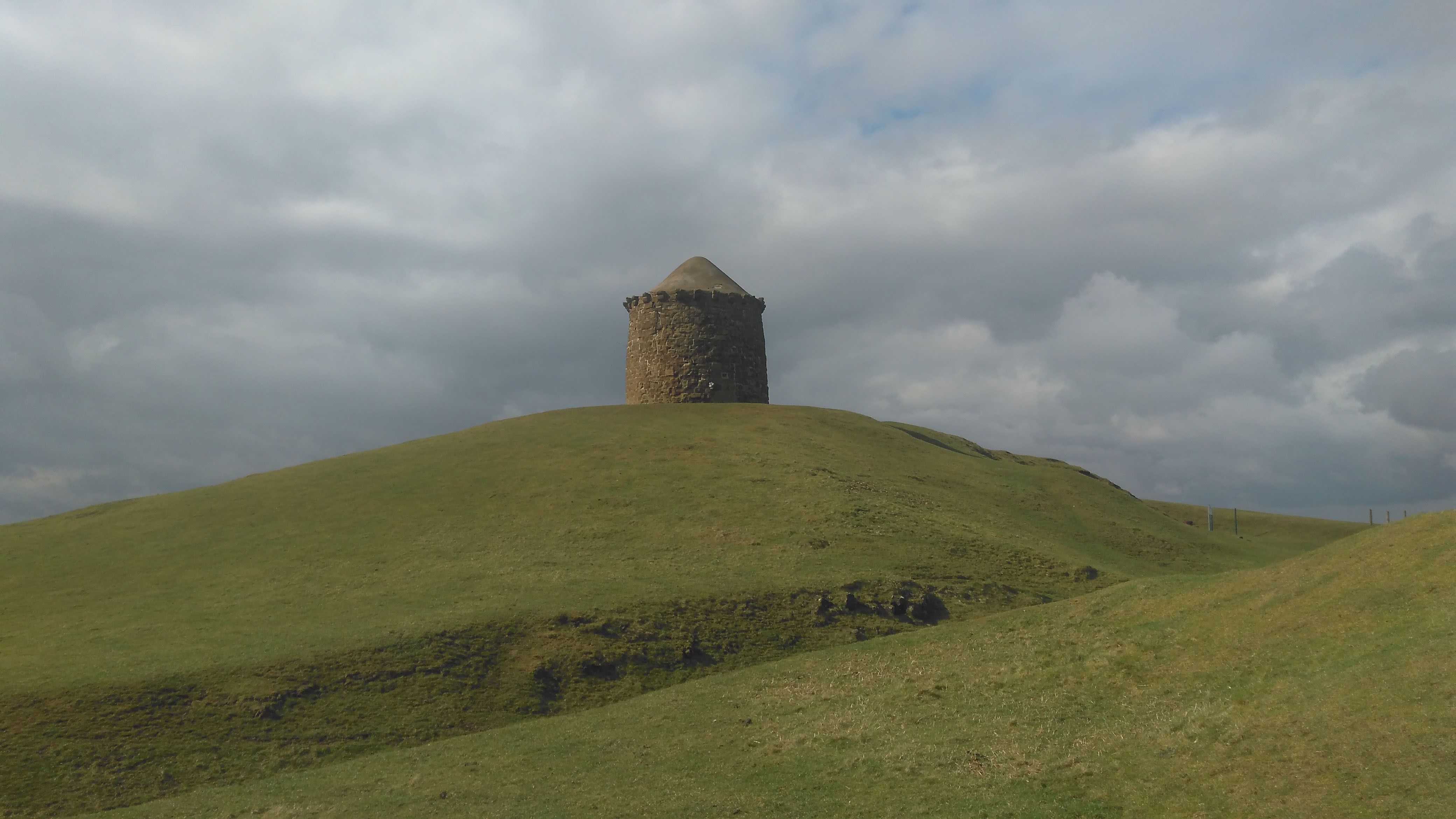 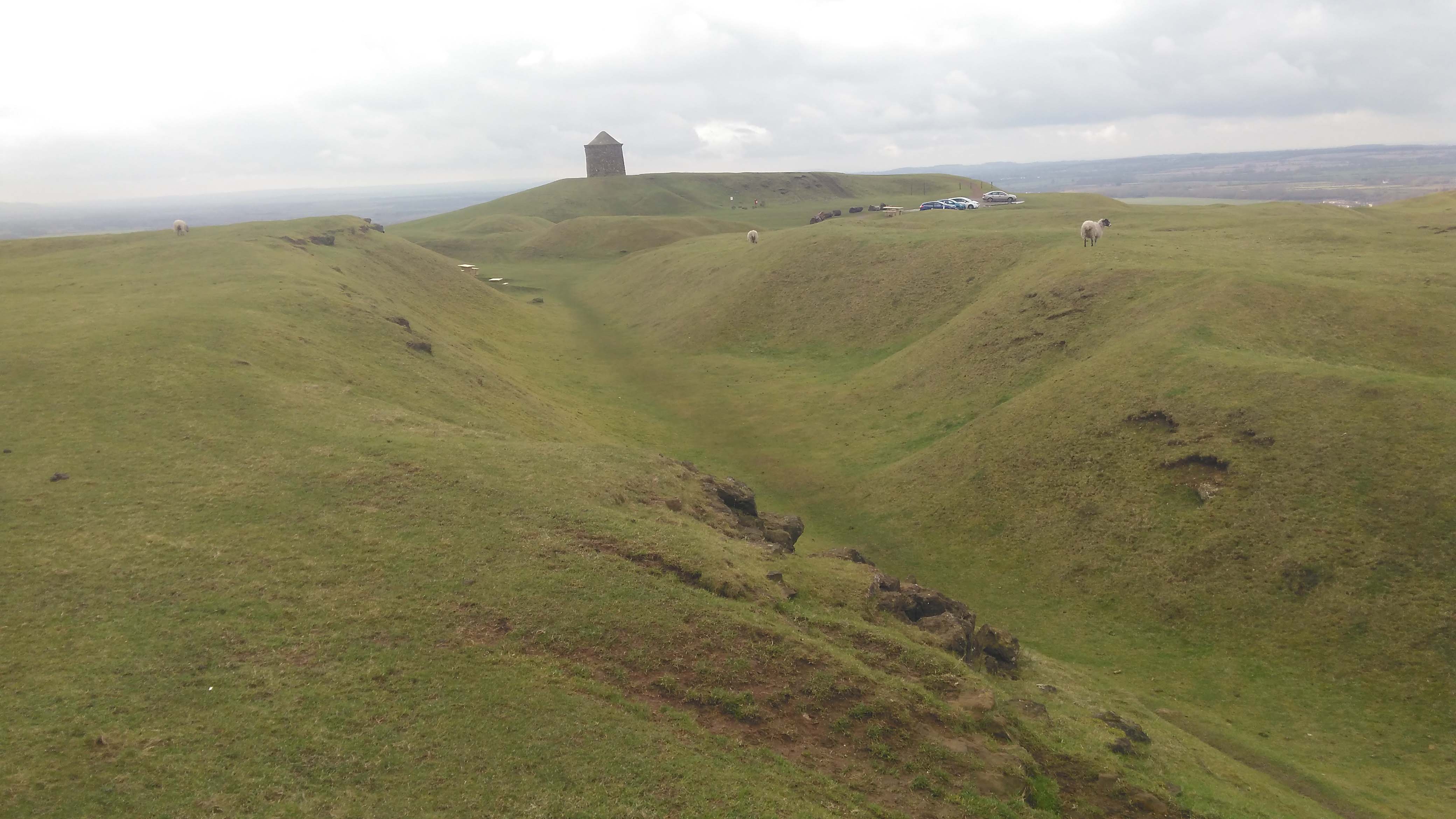