A local crag guide to Bardon Hill is long overdue. Niamh, Sylvan and I explored the boulders scattered along the unquarried southern slopes of Leicestershire's highest hill in September 2018 and produced a little video of the problems we climbed there. In the past Bardon Hill was best known for the climbs on the cliff face directly below the summit where the first ascents were made in the 1940s and 1950s; trespassing in active quarries was more acceptable back then. The boulders of Bardon Hill received the briefest of mentions in the 1993 Leicestershire Climbs guidebook:

"On the top of the hill to the south of the ridge between the trig point and the radio mast are a number of small outcrops on which problems can be found. They face south and lie in the relatively clear area above the trees. Nice on a summer afternoon."

It was on this description alone that we decided to brave the mighty summit of Leicestershire (178m above sea level) to discover what hidden treasures might be hidden up there. Bardon Hill is also one of the 2,011 Marilyns in Great Britain and Ireland so we thought we might as well tick it off while we were living 45 minutes from it. The boulders are andesite and were formed by a volcano 570 million years ago. The texture of the rock is similar to that in Cademan Woods and High Tor. A unique feature of Bardon Hill is that if you go there during the week you will occasionally hear the sounds of sirens followed by feeling an enormous explosion (before you hear it) as rock is blasted from the quarry. The best problems are in The Bay, many of which are featured in our video (Large Bardon Collider, Overhanging Arete, Batwoman). The video only shows a handful of the boulder problems up there and there are plenty more for you to discover.

The Bardon Squeeze, Batwoman and Large Bardon Collider all feature on the WUCC Must-Do Climbs Ticklist, along with the summit itself, so make sure you make the pilgrimage at least once during your degree! 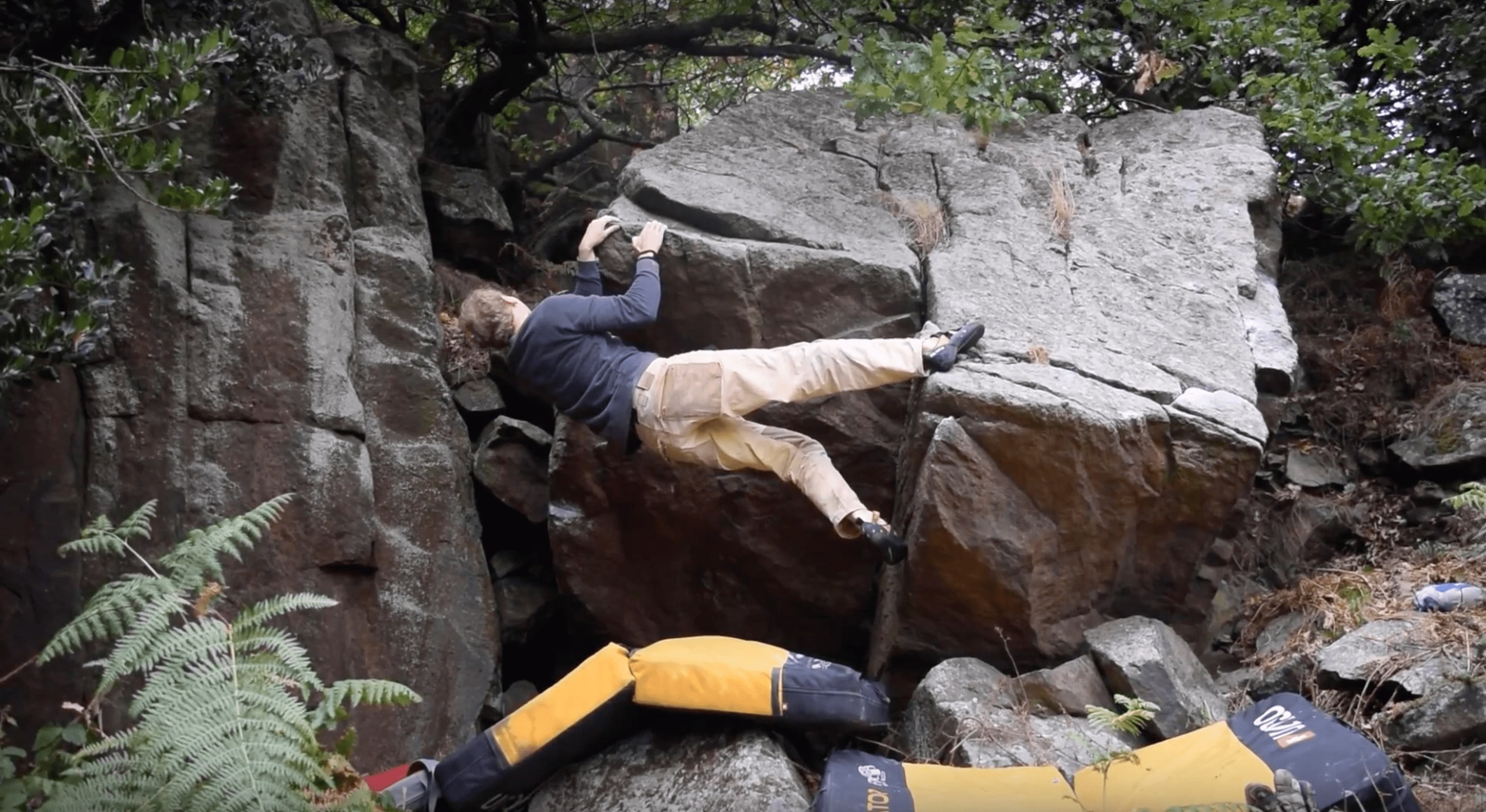 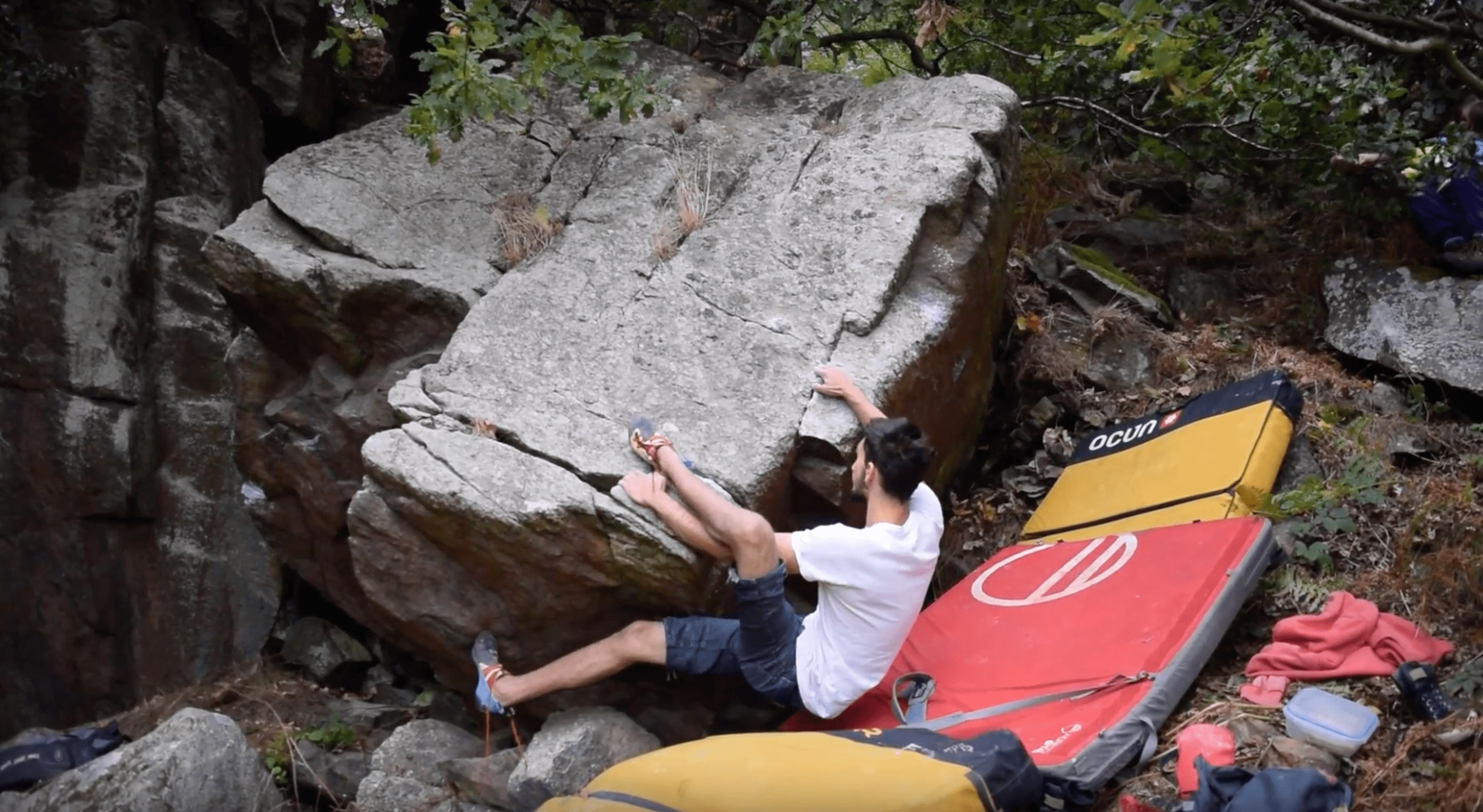 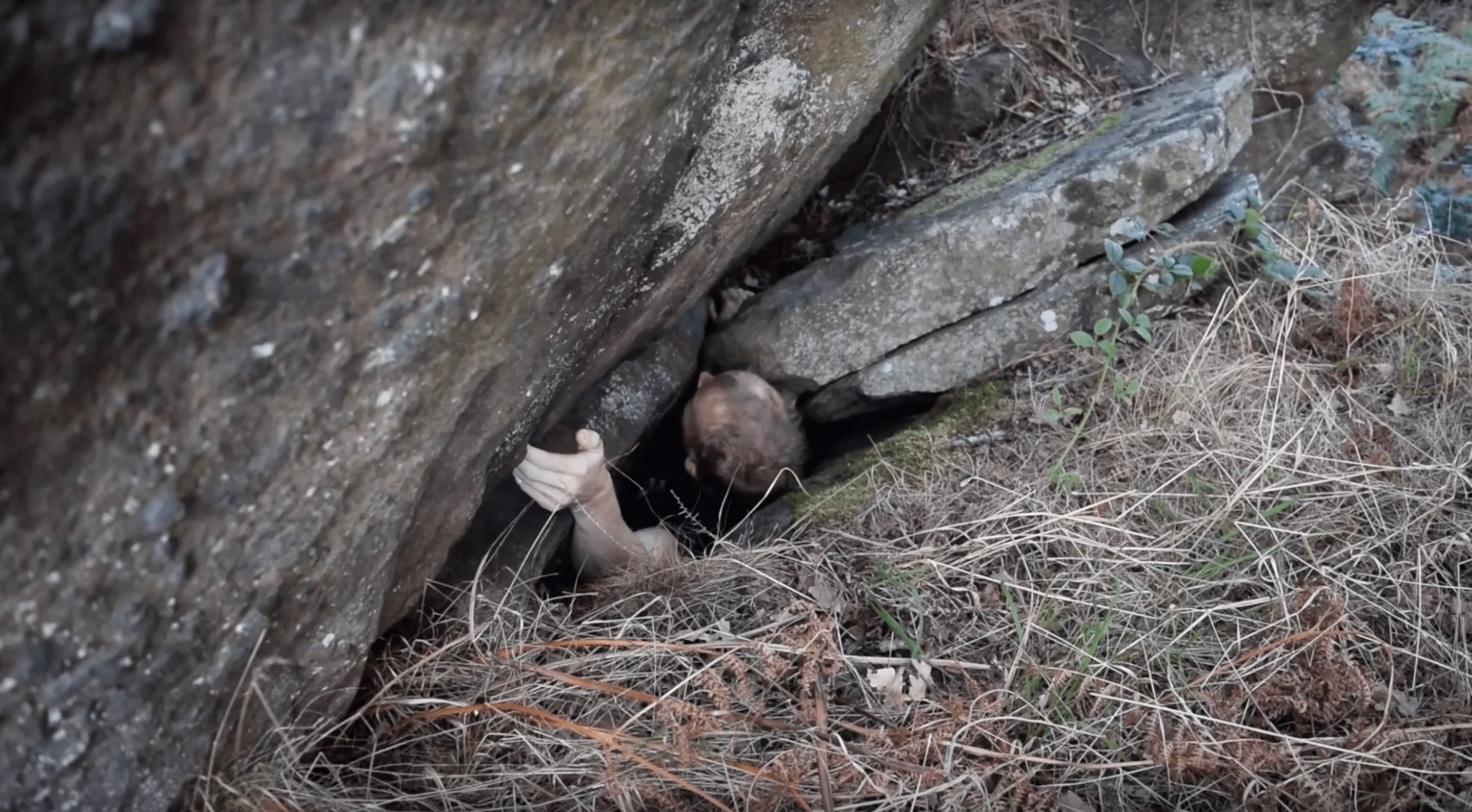